The United States Supreme Court on the Olympics 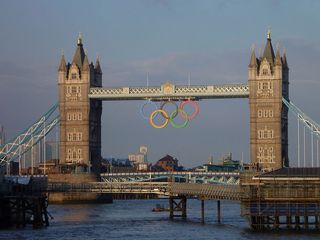 As the 2012 Olympics get under way in London, participants, attendees and viewers may think they are watching a modern re-enactment of the Greek classical  practice also known as the Olympics. The United States Supreme Court, in its majority opinion by Justice Powell in the 1987 case of San Francisco Arts and Athletics v. U.S. Olympic Committee, pointed out the differences:

The ancient Olympic Games lasted 5 days, whereas the modern Olympics last for 10 days. The ancient Games always took place in Olympia in southern Greece; the modern Olympic Games normally move from city to city every four years. (As an effort to reduce nationalism, cities, as opposed to countries, host the modern Olympic Games.) In ancient Greece there may have been a burning fire for religious sacrifice, since the Olympic Games were part of a religious festival.  The torch relay, however, was an innovation of the modern Olympic Committee. The closest parallel to the modern opening parade was the opening of the ancient Games with the chariot race. As the chariots entered the arena and passed the judges, a herald called out the names of the owner, his father, and his city. There was no general parade of athletes by locality, as in the modern Games, and the athletes were naked, not uniformed. Athletes were eligible only if they were male, freeborn Greeks. There is no indication that the ancient Olympics included an “Olympic anthem” or were organized by an entity called an “Olympic Committee.” The awards in ancient Greece were wreaths of wild olive, rather than the gold, silver, and bronze medals presented at the modern Olympics.

The purpose of these distinctions was to support the claim that "Olympics" was not an ancient and now generic term that could be adopted by others, but a specific term owned by the United States Olympic Committee, established by Congressional statute in 1896.  The Committee had brought suit against the "Gay Olympics" for using the term.  Interestingly, according to the Gay Olympics Brief, the US Olympic Committee did not seek to similarly prohibit other groups that used the term "Olympics" such as the International Police Olympics; Armenian Olympics; Olympic of Ballet; Olympics of the Mind; Senior Olympics; Golden Olympics; Firemen's Olympics; United States Skill Olympics; Virginia Golden Olympics; Wrist-Wrestling Olympics; Crab-Cooking Olympics; Dog Olympics; Nude Olympics; Rat Olympics; WackyOlympics; Xerox Olympics; Alcoholic Olympics.

I discuss the case and the use of the term "Olympics" as well as other ancient Greek terms such as "democracy," in an article available on sssrn.

Listed below are links to weblogs that reference The United States Supreme Court on the Olympics:

Well, there are lots of small groups all over the world that uses the word "Olympics". People should know that there is only one olympics.