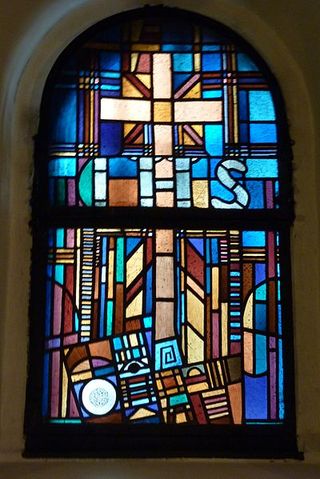 The majority stressed the specific facts concluding that "the involvement of minors, the significance of the graduation ceremony, and the conditions of extensive proselytization prove too much for the [School] District’s actions to withstand the strictures of the Establishment Clause." It would be a "very different case," the opinion notes, "if a church sanctuary were the only meeting place left in a small community ravaged by a natural disaster."  But here, the schools rented the church because the space had better seating and air conditioning, despite the large cross, the pews with Christian hymn books, and other religious literature and symbols.

Judge Flaum's careful opinion for the majority notes that the three-pronged test set forth by the Supreme Court in Lemon v. Kurtzman, 403 U.S. 602 (1971), “remains the prevailing analytical tool for the analysis of Establishment Clause claims,” citing circuit precedent, and articulates the Lemon test: a governmental practice violates the Establishment Clause if it (1) lacks a legitimate secular purpose; (2) has the primary effect of advancing or inhibiting religion; or (3) fosters an excessive entanglement with religion.  More importantly, Flaum highlighted the "endorsement test" (as part of Lemon's second prong) and the coercion test, certainly "less clear" in terms of its relation to the Lemon test.  Considering the facts - - - and the "social facts" - - - Flaum's opinion concluded that in this instance the graduation in church conveyed a message of endorsement and could not be meaningfully distinguished from the Court's coercion precedent, Lee v. Weisman, 505 U.S. 577 (1992); Santa Fe Independent School District v. Doe, 530 U.S. 290 (2000).

The case law that the Supreme Court has heaped on the defenseless text of the establishment clause is widely acknowledged, even by some Supreme Court Justices, to be formless, unanchored, subjective and provide no guidance. See, e.g., Utah Highway Patrol Ass’n v. American Atheists, Inc., 132 S. Ct. 12 (2011) (dissent from denial of certiorari) (“Establishment Clause jurisprudence [is] in shambles,” “nebulous,” “erratic,” “no principled basis,” “Establishment Clause purgatory,” “impenetrable,” “ad hoc patchwork,” “limbo,” “incapable of consistent application,” “our mess,” “little more than intuition and a tape measure”); Lamb’s Chapel v. Center Moriches Union Free School District, 508 U.S. 384, 398-99 (1993) (concurring opinion) (a “geometry of crooked lines and wavering shapes,” a “ghoul in a late night horror movie” that can’t be slain even though “no fewer than five of the currently sitting Justices have, in their own opinions, personally driven pencils through the creature’s heart”).

As the majority acknowledges, and the dissents argue, the analogy to voting in churches is a pertinent one.  But the majority distinguishes the “history and circumstances” of voting practices from high school graduations.

At more than 80 pages - - - with the dissents as lengthy as the majority - - - this opinion provides much fodder for the continuing debates about the efficacy of Establishment Clause doctrine.  Yet at its base, there seems to be a great divide regarding the relevance of a large cross at a high school graduation.

Listed below are links to weblogs that reference Seventh Circuit En Banc: Violation of Establishment Clause to Hold High School Graduation in Church:

Yes, the Establishment Clause is very difficult to understand. How could anyone object to holding public school ceremonies, or any public ceremony, in a Christian church? Or a mosque? In fact, if the city council decided to rent space from the local mosque and held public meetings in there, I'm sure the dissenting justices would have no difficulty applying the Establishment Clause to those circumstances. No violation; it's just a landlord. At least Justice Thomas is candid about his opinion that the Framers created a Christian nation, and never intended to permit non-believers to enjoy the same constitutional rights as those who know the One True God.