In its opinion in Curves LLC v. Spalding County, Georgia, the Eleventh Circuit upheld the county's ordinance prohibiting nude dancing in places where alcohol is sold. 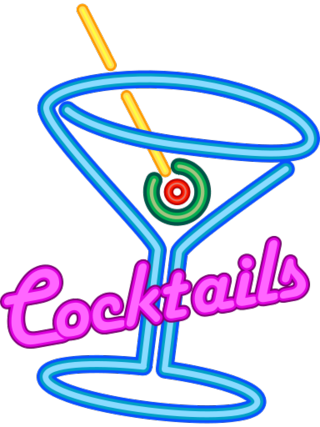 The panel rejected the First Amendment challenge, stating that the Amended Alcohol Ordinance "targets the undesirable secondary effects of nude dancing and alcohol sales" and thus is content-neutral and subject to the O'Brien test. The per curiam opinion found the ordinance easily passed O'Brien and also that the ordinance was not overbroad.

the premises of any mainstream theater, which means a theater, concert hall, museum, educational institution or similar establishment which regularly features live performances which are not distinguished or characterized by an emphasis on the depiction, display, or description or the featuring of ‘specified anatomical areas’ or ‘specified sexual activities’ in that the depiction, display, description or featuring is incidental to the primary purpose of any performance.”

The opinion concluded that the exemption did not introduce overbreadth into the ordinance, but declined to consider whether it rendered the ordinance vague, concluding that issue was not squarely before it.

Another problematic aspect of the appeal was the request that Federal District Judge Jack Kemp's Camp's judgment be vacated and he be retroactively recused as judge.  As the per curiam opinion explains:

After Judge Camp’s rulings in this case, federal law officers arrested Judge Camp and charged him with crimes. That Judge Camp -- around the time he was deciding this case -- frequented Atlanta-area, nude-dancing clubs has become known. Judge Camp’s conduct was, in fact, unrelated to this case. No one contends that Judge Camp had visited the Curves club. Judge Camp ultimately pleaded guilty to criminal charges and resigned his office.

Judicial bias can be difficult to sustain, as we discussed in conjunction with the Proposition 8 litigation.  However, in Judge Camp's situation, Curves is not the only litigant seeking review of the judge's actions; in addition to his drug and prostitution offenses, he claimed to have bipolar disorder and there were also claims of racial bias derived from statements to his paramour.

The "secondary effects" doctrine enshrines legislative legerdemain into freedom of speech jurisprudence in the worst tradition of legal fictions. "We're not regulating the speech, or the direct consequences of the speech, only the bad things that just seem to occur in the area surrounding the speech, which we define by its content." Content neutral? (Whatever that means, after Colorado v. Hill.) One might as well permit mid-level review of a regulation of political speech because a legislator observes that fistfights tend to break out in the vicinity of "discussion of political matters." Why have con law profs not raised an outcry against this pernicious doctrine?

I never understood the state laws the prohibited nude dancing in establishments that sold alcohol. If the environment is properly controlled, I don't see anything happending that couldn't happen at any other establishment where drinking is allowed.

Thanks, Jim: I corrected the "kemp" that found itself into the discussion of Judge Jack CAMP.