In a 7-4 en banc opinion today in Planned Parenthood v. Rounds, the Eighth Circuit disagreed with the panel opinion and the district judge and upheld the constitutionality of a South Dakota statutory provision requiring the disclosure to patients seeking abortions of an “[i]ncreased risk of suicide ideation and suicide,” S.D.C.L. § 34-23A- 10.1(1)(e)(ii). 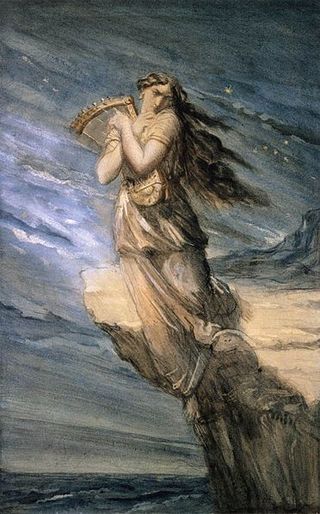 Planned Parenthood contended that requiring a physician to present the suicide advisory imposes an undue burden on abortion rights and violates the free speech rights of the physician.  The court conflated the undue burden (due process) claim and the physician First Amendment claim:  "In short, to succeed on either its undue burden or compelled speech claims, Planned Parenthood must show that the disclosure at issue “is either untruthful, misleading or not relevant to the patient’s decision to have an abortion.”

Judge Gruender's opinion for the majority seemingly acknowledged that there was no evidence that abortion caused suicidal ideation.  Instead, the issue was the "accepted usage of the term 'increased risk' in the relevant medical field."  The opinion found that based on the medical usage, the statutory requirement "does not imply a disclosure of a causal relationship," instead it is merely a disclosure that "the risk of suicide and suicide ideation is higher among women who abort compared to women in other relevant groups, such as women who give birth or do not become pregnant."

The majority rejected the relevancy of  Planned Parenthood's argument that certain underlying factors, such as pre-existing mental health problems, predispose some women both to have unwanted pregnancies and to have suicidal tendencies, resulting in a misleading correlation between abortion and suicide that has no direct causal component.  Planned Parenthood argued that the required disclosure would be misleading or irrelevant to the decision to have an abortion because the patient’s decision would not alter the underlying factors that actually cause the observed increased risk of suicide.  But the majority found that a correlation - - - seemingly for any reason - - - was sufficient: "the truthful disclosure regarding increased risk cannot be unconstitutionally misleading or irrelevant simply because of some degree of 'medical and scientific uncertainty,' as to whether abortion plays a causal role in the observed correlation between abortion and suicide."

In contrast, the four dissenting judges, in an opinion by Judge Murphy, stated that the "record clearly demonstrates"  that "suicide is not a known medical risk of abortion and that suicide is caused instead by factors preexisting an abortion such as a history of mental illness, domestic violence, and young age at the time of pregnancy."   The dissenting opinion read the statutory provision to require doctors to tell a pregnant woman that a greater likelihood of suicide and suicide ideation is a "known medical risk[]" to which she "would be subjected" by having an abortion. S.D.C.L. § 34-23A-10.1(1)(e) (2005) (emphasis added).  This causal language troubled the dissenting judges, who concluded that the suicide advisory places an undue burden on a pregnant woman's due process rights and violates a doctor's First Amendment right against compelled speech.

Both opinions rehearse and discuss the social science and psychological studies before the court and both opinions admit the studies are flawed.  However, by rejecting the necessity for causation in a warning about a medical procedure given for informed consent, the majority rests its opinion on correlation even if there is "some degree of 'medical and scientific uncertainty" as to the reasons for any correlation.

RR
[image:Sappho Leaping into the Sea from the Leucadian Promontory, circa 1840, via]