The doctrine of DeShaney v. Winnebago is a harsh one.  As the Fifth Circuit recently noted: "The law yesterday and today is bare and bald: No DeShaney special relationship exists between a public school and its students. Absent a special relationship, any analysis of the defendant’s conduct as deliberately indifferent to the rights of the student is, under DeShaney, irrelevant." 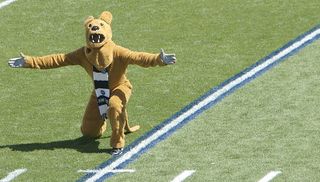 Yet today's Freeh Group Report may test the limits of DeShaney.  The just released report, available on Larry Cata' Backer's Penn State Faculty Senate Blog, details the events at Penn State that eventually led to the arrest and convicton of coach Jerry Sandusky for sexual abuse of ten children.  The focus would not necessarily be on the university officials "failure to report" but on the "special relationship" that university officials fostered.

Listed below are links to weblogs that reference Constitutional Liability for Penn State?: