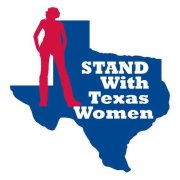 A panel of the Fifth Circuit has vacated Judge Smith's emergency stay of District Judge Lee Yeakel's preliminary injunction against a 2012 Texas regulation that expanded the Texas Women's Health Program prohibition of funding for health care not merely to abortions, but to any organization affiliated with abortion.

As the panel in Planned Parenthood Ass'n of Hidalgo Cty. v. Seuhs stated:

Language in that affidavit reasonably calls into question the State’s declaration of an emergency need for a stay, because it states that any injunction will have the effect of requiring the State to cease operating the program at issue “upon termination of federal funding.” Evidence in the record indicates that such funding is continuing until November 2012.

This supplemental filing undermines the State’s assertion of irreparable harm if the injunction is not stayed pending appeal. Regarding the balance of the merits, we cannot conclude, on the present state of the record, that the State has shown a great likelihood, approaching a near certainty, that the district court abused its discretion in entering the injunction.