Last June, in an unanimous opinion in Bond v. United States, the United States Supreme Court reversed the Third Circuit and found that Carol Anne Bond had standing to argue that the statute exceeded Congressional power and was inconsistent with the Tenth Amendment.

In an opinion today on remand, the Third Circuit reached the merits and again ruled against Bond.  Recall that Bond was convicted for a violation of 18 U.S.C. § 229(a), the Chemical Weapons Convention Implementation Act, enacted by Congress to implement the United States’ treaty obligations under an international arms-control agreement that prohibits nation-states from producing, stockpiling, or using chemical weapons.  Bond, a biologist, used her expertise to spread injurious chemicals on the property of her former best friend, after learning that the friend was pregnant by Bond’s husband.   Although Bond was prosecuted in state court, she continued her campaign against her former friend and she was eventually prosecuted in federal court.

Bond urged the Third Circuit to "set aside as inapplicable the landmark decision Missouri v. Holland, 252 U.S. 416 (1920), which is sometimes cited for the proposition that the Tenth Amendment has no bearing on Congress‟s ability to legislate in furtherance of the Treaty Power in Article II, § 2 of the Constitution."  Bond argued that "legal trends since the Supreme Court‟s 1920 decision in Holland make it clear that the Tenth Amendment should not be treated as irrelevant when examining the validity of treaty-implementing legislation."

The Third Circuit found that the Chemical Weapons Convention "falls comfortably within the Treaty Power's traditional subject matter limitation" and thus the implementing Act is "within the constitutional powers of the federal government under the Necessary and Proper Clause and the Treaty Power, unless it somehow goes beyond the Convention."  Bond did argue that the Act exceeded the Convention, but the panel found this argument without merit.  However, the panel did remark that Bond's prosecution seems a questionable exercise of prosecutorial discretion," stating in footnote 20:

The decision to use the Act – a statute designed to implement a chemical weapons treaty – to deal with a jilted spouse's revenge on her rival is, to be polite, a puzzling use of the federal government's power. 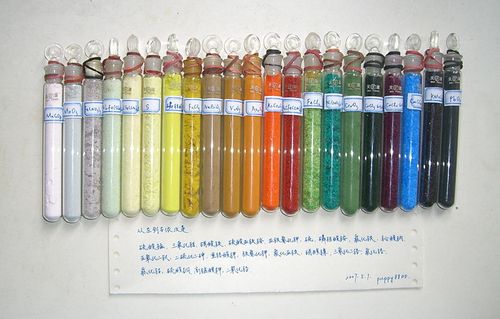 No one would question a prosecution under the Act if the defendant were a deranged person who scattered potassium dichromate and 10-chloro-10H-phenoxarsine, the chemicals which Ms. Bond used, on the seats of the New York subway cars. While that defendant could be punished under state law, applying the Act there would not offend our sensibilities.

But he added, "The judgment call to prosecute Ms. Bond under a chemical weapons statute rather than allowing state authorities to process the case is one that we question. But we see that every day in drug cases. Perhaps lured by the perception of easier convictions and tougher sentences, prosecutors opt to proceed federally."

Obviously, however, this "puzzling" or pragmatic use of federal law has cost the federal government much time, money, and energy in litigating this case.

Judge Ambro, however, was not so worried about the prosecution of Bond, but wrote separately "to urge the Supreme Court to provide a clarifying explanation of its statement in Missouri v. Holland that “[i]f [a] treaty is valid there can be no dispute about the validity of the statute [implementing that treaty] under Article 1, Section 8, as a necessary and proper means to execute the powers of the Government."  This "most important sentence in this most important case about the constitutional law of foreign affairs" can be read as providing a "blank check" to Congress.

Listed below are links to weblogs that reference Carol Anne Bond on Remand: Conviction Upheld by Third Circuit :