The Supreme Court will hear oral arguments in Arizona v. United States on the issue of the constitutionality of Arizona's notorious SB 1070, signed into law by Governor Jan Brewer two years ago.  The law was controversial from the beginning for a variety of reasons, but the case before the Court focuses on the pre-emption issue as brought before the federal courts by the Department of Justice. 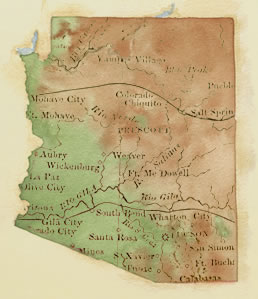 The DOJ was mostly successful in the lower courts.  The Court granted the review sought by Arizona of the Ninth Circuit opinion upholding the district court's preliminary injunction against specific provisions of as SB 1070.  We've previously outlined some of Arizona's arguments on certiorari.

The oral arguments have attracted much attention.  Lyle Dennison at SCOTUSblog has a lengthy, detailed, and incisive analysis, though many readers will be most interested in his outcome bottom line: "With Justice Kagan not taking part, a 4-4 split among those who are taking part would simply uphold — without a written opinion — the Ninth Circuit decision barring enforcement of the four provisions at issue."  Kevin Johnson posts over at Immigration Law Prof blog and surfaces an interesting possible outcome.  Findlaw has a quick review, ACS has a good discussion, and The Tuscon Sentinel has particularly excellent discussion in a "primer."  The NYT has a great graphic of copy-cat SB 1070 statutes in other states.

After the oral argument, there is sure to be much analysis, prediction, and the inevitable wait for the opinion due before the end of the term.

And of course, political responses.  Given that the Court's task is the interpretation of a statute and that the "touchstone" of preemption is Congressional intent, Congress can always legislate.  While immigration legislation is never easy, at least one Senator is vowing to propose a statute including what seems to be express preemption.

Listed below are links to weblogs that reference Preview of Oral Arguments in Arizona v. United States: