Judge Barbara Jones has dismissed the complaint a New York City police officer challenging adverse employment actions because of his criticisms of police quotas in her opinion in Matthews v. City of New York.  The Complaint alleged that the 42nd Precinct in New York City had a quota system responsible for  unjustified stops, arrests, and summonses. 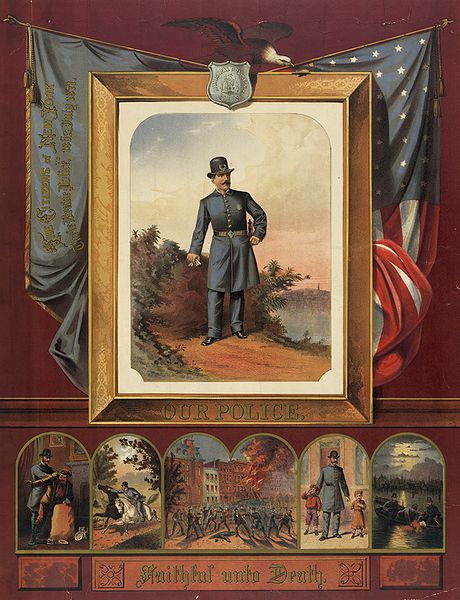 According to the Complaint, Matthews brought the policy to the attention of commanding officers on several occasions, after which he was subject to retaliation.  Obviously, this raises the specter of Garcetti v. Ceballos, decided by the Court in 2006.  But for judges in the Second Circuit, it also implicates Jackler v. Byrne, in which the court decided that Jackler, once a probationary police officer in Middletown, New York, may proceed with his suit claiming his termination was in retaliation for his exercise of his First Amendment rights. Jackler witnessed officers assault a suspect; he was subject to repeated attempts to force him to withdraw the truthful report he had filed and to submit one that was false.   Jackler arguably conflicts with Bowie v. Maddox from the DC Circuit; the United States Supreme Court declined petitions for certiorari in both cases earlier this year.

In Matthews, Judge Jones stated that there was no dispute that Matthews’ speech involved a matter of public concern, citing Jackler v. Byrne for the proposition that police malfeasance implicates matters of public concern.  But, the judge continued, the remaining question was whether Matthews spoke as a citizen, rather than as an employee.  In concluding that Matthews spoke as an employee, she reasoned that his complaints to his supervisors were consistent with his “core duties” as a police officer- to legally and ethically search, arrest, issue summonses, and to “police.”

She distinguished Jackler, albeit not very convincingly, by reasoning that Jackler did not rely upon a “civilian analogue.”   Instead, she reasoned that it is merely true that when an employee engages in citizen speech there is a civilian analogue.  Since Matthews was speaking pursuant to his duties, there was no true civilian analogue.  Concomitantly, no First Amendment protection.

With New York City's stop and frisk practices under increasing scrutiny of late, including a reported investigation by the New York State Attorney General, Matthews complaints might yet be heard.

Listed below are links to weblogs that reference Police Officer Has No First Amendment Right to Complain of Police Quotas for Stops:

Unfortunately the judge was right, but I think the Adrien Schoolcraft case will be distinguished on the fact that the plaintiff supplied his documentation of the quota system to Graham Raymon on the Village Voice who helped solidify the connection to the harm to the general public. Here, the complaints against the quota system were characterized as being complaints against performance standards primarily and thus out of the range of protected speech.