any event, in or affecting interstate or foreign commerce, that involves a fight conducted or to be conducted between at least 2 animals for purposes of sport, wagering, or entertainment . . . . 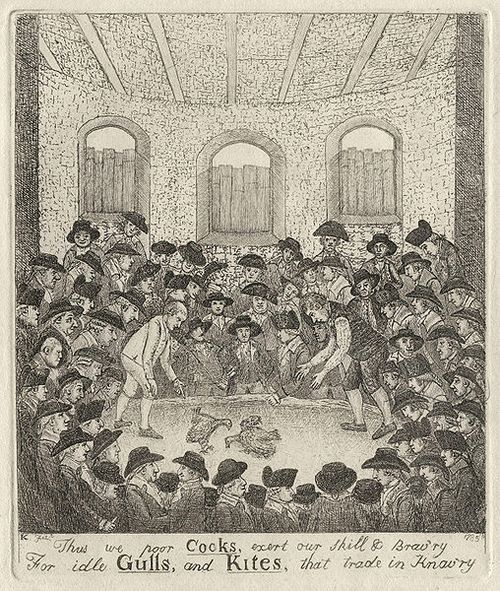 The defendants/appellants argued that the statute exceeded Congressional power under the Commerce Clause.

The Fourth Circuit opinion in Gilbert, however, had "no difficulty concluding that Congress acted within the limitations established by the Commerce Clause in enacting the animal fighting statute."   Writing for a unanimous panel, Judge Barbara Milano Keenan stated that there was "a substantial relation to interstate commerce,"  unlike the statutes invalidated in United States v. Lopez (1995) and United States v. Morrison (2000).  Extensively discussing Congressional findings and legislative history, she concluded that "the link between animal fighting ventures and its effect on interstate commerce is not attenuated."

Rather, the link is direct, because animal fighting ventures are inherently commercial enterprises that often involve substantial interstate activity. Thus, in contrast to the statute at issue in Lopez, there is no need to "pile inference upon inference" in order to establish the link between animal fighting and interstate commerce.

In sum, our task is simply to determine, with a presumption of constitutionality in mind, whether there is a rational basis for concluding that the practice of animal fighting, when conducted for "purposes of sport, wagering or entertainment," substantially affects interstate commerce.

The opinion rejected the argument that a defendant required scienter regarding the affect on interstate commerce, an argument that was expanded in the companion case of Lawson.

In Lawson, the defendants/appellants added to the Commerce Clause argument an argument pursuant to the Fifth Amendment's equal protection component.  The focus was on the varying scienter requirements depending upon state law.  Under the animal fighting statute, if a defendant lives in a jurisdiction where gamefowl fighting is legal under the laws of that jurisdiction, the government must prove as an additional element of the offense that the defendant knew that at least one bird in the fighting venture traveled in interstate or foreign commerce.  In contrast, if a defendant lives in a jurisdiction that prohibits gamefowl fighting, the government need only prove that the defendant sponsored or exhibited an animal in an animal fighting venture, irrespective whether the bird traveled in interstate or foreign commerce.

In an opinion again authored by Judge Keenan, the panel applied rational basis scrutiny and found that the classification amongst residents of various states was rationally related to a legitimate purpose.  Although, as Judge Keenan noted, "cockfighting is illegal in all 50 States and the District of Columbia," it is legal in several United States territories such as Guam and Puerto Rico.  The increased statutory burden for prosecutions in "states" (including territories) merely reflects "the decision of Congress to accommodate principles of federalism, a concern that unquestionably is a legitimate governmental interest."

Although not successful on the facial constitutional attack to the statute, the court did rule in Lawson that there were reversible errors in the trial.  The panel concluded that the government has failed to demonstrate that a juror’s misconduct did not affect the verdict with respect to the violations of the animal fighting statute and vacated the defendants’ convictions for violating the animal fighting statute, while upholding other convictions.

These companion cases are carefully reasoned and nicely structured, with solid yet relatively concise analysis.  They take the Commerce Clause and equal protection arguments seriously, even if they are ultimately rejected.