Pink as Punishment: The Ninth Circuit of Jail (Un)Dress in Maricopa County

As the Supreme Court continues to contemplate Florence v. Board of Chosen Freeholders (Burlington), argued in October on the constitutionality of arrestee strip-searches on admission to jail without reasonable suspicion, the Ninth Circuit has remanded a case involving the policies of the controversial sheriff Joe Arpaio in its opinion in Wagner v. County of Maricopa.

Underlying the case is the color pink. 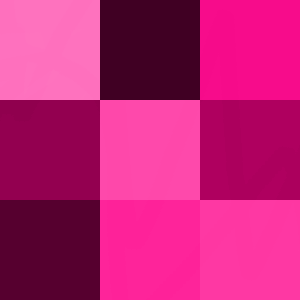 At issue in the case is the County of Maricopa's practice of dressing-out pretrial detainees in prison garb that includes pink underwear.  The now-deceased prisoner, Eric Vogel, was mentally disturbed and apparently reacted quite negatively to the pink underwear.   A divided panel reversed on the evidentiary issues, including hearsay and expert testimony regarding the prisoner's reactions to the pink underwear.

However the Ninth Circuit also commented on the constitutional contours of the case.  It stated that while certain procedures, including a strip search, may be necessary to "secure the safety on an institution" even though it may impinge upon the dignity of innocent inmates, the procedures "should reasonably related to a legitimate governmental objective, it does not, without more, amount to “punishment.”"   Quoting Bell v. Wolfish, 441 U.S. 520, 539 (1979), the panel continued that "if a restriction or condition is not reasonably related to a legitimate goal—if it is arbitrary or purposeless—a court permissibly may infer that the purpose of the governmental action is punishment that may not constitutionally be inflicted upon detainees qua detainees."

Unexplained and undefended, the dress-out in pink appears to be punishment without legal justification.

It added that it appeared that this question was

still open for exploration at trial on remand. Alternatively, the plaintiff may prevail on the narrower proposition that to apply this procedure automatically to a man known by his jailors to be in need of psychiatric treatment was itself a violation of due process. Because of the evidentiary rulings of the trial court neither issue was presented to the jury.

Listed below are links to weblogs that reference Pink as Punishment: The Ninth Circuit of Jail (Un)Dress in Maricopa County: