The Supreme Court's divided opinion in Coleman v. Court of Appeals of Maryland, issued today, resuscitates the convoluted doctrine that resides at the intersection of the Eleventh Amendment and the Fourteenth Amendment.  As Justice Scalia, concurring, phrased it:

The facts of the case are simple: Coleman was employed by the Court of Appeals of the State of Maryland and requested sick leave;  he was informed he would be terminated if he did not resign. Coleman then sued in federal court, arguing that his employer violated the "self care" provision of the Family Medical Leave Act (FMLA). 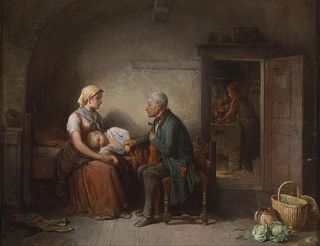 The "family leave" provision of the FMLA was held applicable against the states in Nevada Dept. of Human Resources v. Hibbs, 538 U. S. 721 (2003), authored by CJ Rehnquist.  But here the plurality distinguished the sex-role stereotyping that Congress found states had perpetrated regarding family leave.  Instead, the self-care provision had a lack of  "a pattern of state constitutional violations accompanied by a remedy drawn in narrow terms to address or prevent those violations."

The Eleventh Amendment, passed to overule Chisholm v. Georgia, has produced a tortured - --  and many argue essentially incorrect - - - doctrine allowing states to interpose sovereign immunity against civil rights suits by their own citizens.

In Coleman, Kennedy - - - writing for a plurality - - - held that the self-care provision was not a valid aborgation of the state's sovereign immunity.  Note that the specific provision, not entire FMLA, is being subject to this requirement.  Kennedy wrote that the  "evidence did not suggest States had facially discriminatory self-care leave policies or that they administered neutralself-care leave policies in a discriminatory way. And there is scant evidence in the legislative history of a purported stereotype harbored by employers that women take selfcare leave more often than men."

Justice Ginsburg, joined by three other Justices, dissented and argued that even accepting the Court's view of the scope of Congress’ power under §5 of the 14th Amendment, the self-care provision "validly enforces the right to be free from gender discrimination in the workplace."   Further, she argued that the plurality  "gets it wrong in concluding that “[o]nly supposition and conjecture support the contentionthat the self-care provision is necessary to make the family- care provisions effective.”"  Instead, self-care leave "is a key part of Congress’ endeavor to make it feasible for women to work and have families."

Ginsburg's argument did not prevail and thus states escape another provision of federal anti-discrimination law given the Court's interpretation of the Eleventh Amendment.

On the heels of Hosana-Tabor Evangelical Lutheran Church and School v. EEOC decided earlier this term, the Court has rendered another unfavorable opinion for employees dealing with health problems.

Listed below are links to weblogs that reference Supreme Court in Coleman: The 11th Amendment Bars Suit Against State for FMLA Violation: