It happened more than once. 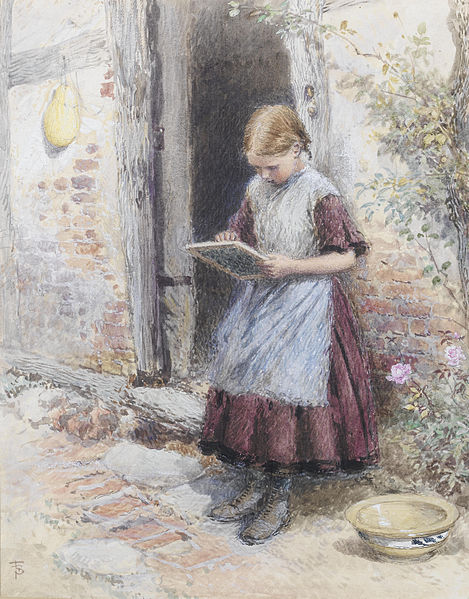 Six times, according to the complaint's allegations.  The school allowed a man to "check out" the nine year old Jane Doe from school and return her later in the day on six separate occassions, simply signing her out as her father, and once as her mother.  The man was not on the "permission list," was not related to Jane Doe, and the school employees did not ask for any identification or check the "permission list."  The man took Jane from school, sexually molested her, and then returned her to school.

On these horrific facts, a panel of the Fifth Circuit in Doe v. Covington County School District found that the special relationship test of DeShaney v. Winnebago County, 489 U.S. 189 (1989) was met.   As we discussed last August, that panel holding was over a vigorous dissent by Judge Carolyn Dineen King.

In the en banc opinion Judge King wrote for a majority of the court, vindicating her previous dissenting opinion.

King's opinion for the en banc Fifth Circuit takes a formal tone and expresses little sympathy for Jane Doe.  The en banc opinion seems to brook no possibility that DeShaney can be overcome in a public school system.  Indeed, the outrage of the Judges who joined the majority seems to be reserved for the possibility of any other view.  As Judge Jolly stated, concurring:

There is no room–not an inch–for confusion. The law yesterday and today is bare and bald: No DeShaney special relationship exists between a public school and its
students. Absent a special relationship, any analysis of the defendant’s conduct
as deliberately indifferent to the rights of the student is, under DeShaney, irrelevant.
No further panel of this court should require us to iterate these clear
statements of the law a fourth time.

When a state incarcerates a prisoner, institutionalizes a mental health patient, or places a child in foster care, the state knows that it has restricted the individual’s liberty and rendered him unable to care for his basic human needs. When a school employee carelessly fails to ensure that an adult is authorized to take an elementary student from the school, no state actor has knowledge that the school has thereby restricted the student’s liberty, because the adult taking the student from school may or may not be authorized.

Jane Doe's age is irrelevant:  "No matter the age of the child, parents are the primary providers of food, clothing, shelter, medical care, and reasonable safety for their minor children. Thus, school children are returned to their parents’ care at the end of each day, and are able to seek assistance from their families on a daily basis, unlike those who are incarcerated or involuntarily committed."

The en banc court also looked to the state-created danger test, noting that the Fifth Circuit had not adopted the test and even if it had, the complaint's allegations would not make out such a claim: "they do not demonstrate the existence of “an immediate danger facing a known victim,” but only the school's awareness of some "general deficiencies in the check-out policy" for students.   Again stressing that the problem was the school's check-out policies rather than what happened between the time Jane Doe was checked out and checked back into school, the Fifth Circuit en banc opinion held there was no "shocks the conscience" claim.

Judges Weiner and Dennis, who wrote the majority panel opinion, were the sole dissenters from the en banc opinion.  They stressed Jane Doe's age as well as the fact that the incidents occurred during the school day, rather than at the end: "the majority never addresses just what it is that Jane’s parents conceivably could have done, or should have done, to safeguard her in this situation."

The en banc majority opinion's concluding paragraph states its holding in stark terms while purporting to provide some legal alternative:

In affirming the dismissal of the Does’ complaint, we do not suggest that
schools have no obligation to insure that their students remain safe from acts of
private violence. State law provides the appropriate legal framework to address
Jane’s injury. The question we have addressed is simply whether the school’s
failure to check Keyes’s [the molester's] identity and be certain that he was authorized to take Jane amounted to a constitutional violation. Supreme Court precedent, our precedent, and the decisions of every other circuit to address the special relationship exception compel this court to conclude that it does not. In addition, neither the state-created danger theory nor municipal liability provides a viable basis for recovery.

RR
[image: A School Girl by Myles Birket Foster via]

I can understand why the en-banc majority gets this so wrong. They fear that the panel's outcome will result in thousands or tens of thousands of federal constitutional claims against schools every time a child is injured. They are pragmatists (as described by Ronald Dworkin), making the decision they think will bring the "greatest good" and molding their "reasoning" to justify it. For purposes of a neutral application of the DeShaney analysis, there is not much difference between someone held 24 hours a day and someone held seven hours a day, during the period that the latter person is in "state custody." To say that a nine-year old who has been sexually assaulted could "seek the assistance" of her family ignores everything we have learned about sexual violence against children. We appear to have achieved gender equality, at least among jurists, when a female judge can write an opinion of this nature.