Does tax forgiveness by a municipality present an equal protection problem?  Do the taxpayers who paid in a timely manner have a constitutional claim for reimbursement when the debt of the later payers is substantially forgiven?

The United States Supreme Court heard oral argument in Amour v. City of Indianapolis to consider the Equal Protection Clause consequences of Indianapolis' sewer assessment program that forgave the remaining obligations of the taxpayers who chose to pay in a multi-year installment plan and refused to refund payments to the taxpayers who had paid the assessment in full. 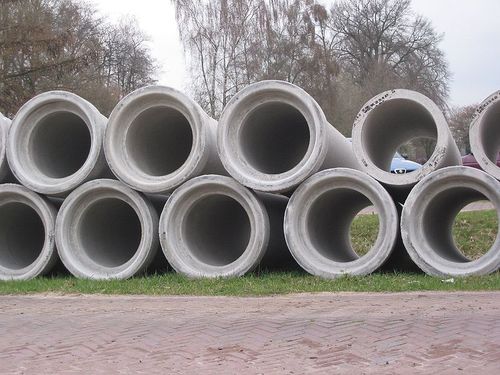 Justice Sotomayor, posing the first question to Amour's attorney, Mark Stancil, asked "what happens to all other amnesty programs like parking ticket amnesties?"  or what happens in an immigration amnesty program?  The many instances of the use of amnesty programs or financing forgiveness continued to pepper the questioning, and this was interwoven with the doctrinal issue of rationality.  If equal protection does apply, then the standard would definitely be rational basis review, but what makes an amnesty program rational?

As Justice Alito, posing the first question to the city's attorney, Paul Clement, phrased it: "the city calculated that what it did would be more politically acceptable than treating the people who paid upfront equally on an economic basis with the people who paid in installment plans. Now if that's the reason for this, is that rational?"

Clement argued that the risk of imposing equal protection standards on forgiveness programs might mean that if goverments "actually have to provide refunds and face equal protection clause violations, then in the future nobody is ever going to forgive."  To this, Justice Kennedy retorted:

And so, I think maybe if you prevail in this opinion, we should say the principle we are adopting in this case is: Don't trust the  government.

Kennedy returned to this point in discussing the state law which did not disclose the possibility of future forgiveness, and later returned to it: "that just underscores the promise of the State or the city that all owners will be treated equally. That just  underscores the point that that was the understanding and the commitment."  Clement disagreed that there was any such commitment, essentially arguing that government has the perogative to change laws, especially if the law is unpopular: "You know, every once in a while the people have a point."

But as for the rationale for the distinction between classes, Clement as the city's attorney stressed the ability of a city to terminate an unpopular program (what Justice Alito called "political expedience") and "avoiding the administrative burdens of particularly the refund process."  But Justice Alito in particular seemed skeptical:

What they [the city officials] have done is shift the cost of the sewers from a -- from a small group, a small interest group that is able to presumably exert some political power to -- to everybody. They spread the cost around to everybody.  And everybody -- the ordinary person who has to pay a little bit more every month doesn't get all fired up about it.

Paul Clement responded that this does not present an equal protection claim, although perhaps "there's a takings claim for somebody to bring."

During Stancil's rebuttal, Justice Breyer encapuslated the question for the Court:

The argument isn't that it's expensive to administer as much as it is, there are 1,000 people in all these projects who are already paid up. We don't have enough money to pay them all back. That's why we don't want to pay them back. At the same time, we don't want to collect the money for 30 years  from these other people who aren't fully paid yet.  . . .

The question is, I guess, is, is that rational.

Listed below are links to weblogs that reference Equal Protection and Taxes: Oral Argument in Armour v. Indianapolis:

The "equal protection clause..." in the instant case will be fully explored, however how would an obtuse view of the same clause in a different case affect the outcome? The 14th should apply to all cases, not just those with political consequences. Look at the way the 4th was handled in the following recent cases.

The Fourth Amendment is DEAD – so is the Fourteenth, “equal protection under law” clause as it applies to federal cases, killed by the Second Circuit’s tradition of not granting en banc review and denial of SCOTUS to grant Cert. Ridiculous? Absurd? All you need do is review:

A similar case, not as strong as ROSA, preceded ROSA and was similarly rejected.
David Roger Allen, Petitioner v. United States No. 10-999
Writ for Cert and Rehearing Denied
United States Court of Appeals for the Fifth Circuit Case Nos.: (09-50283)

How deep was the stake driven into the heart of the 4th Amendment? All you need do is read the unredacted warrant used to search and seize in the ROSA case and you will see for yourself how low the bar has been lowered for the prosecution. It would not trip an ant! The warrant is available, for the asking, in PDF format. YOUR computer files, YOUR HOME, OFFICE, everything is now an open book for the Police. As a Nation of LAWS, we are doomed.