State FOIA for State Residents Only: Constitutional According to the Fourth Circuit

May a state limit its statutory Freedom of Information Act to "state citizens"?

Doesn't such a provision violate the Privileges and Immunities Clause of Article IV?  Or the dormant aspect of the commerce clause? 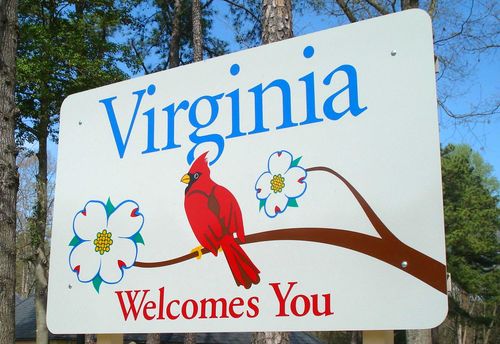 The challengers - - - one a former resident of Virginia with his divorce, child custody, and child support decrees from Virginia and another an information broker dealing in real estate tax assessments - - - argued that the state citizen limitation violated the Privileges and Immunities Clause of Article IV and the information broker also argued the "dormant" aspect of the Commerce Clause, Art. I §8 cl. 3.

The Fourth Circuit affirmed the district judge's rejection of both of these claims.

Regarding Article IV Privileges and Immunities (P&I), the panel opinion admitted that the contours of the P&I Clause are not well-developed, but noted that the "fundamental rights" its encompasses are distinct and "bear upon the vitality of the nation."  With regard to the right to "pursue a common calling," the panel noted that the Virginia statute is not a residency requirement per se: the Virgina FOIA "does not act as a wholesale barrier to entering a business, nor does it establish a license, fee, or other burden to nonresidents entering or engaging in a profession" and on its face it "addresses no business, profession,
or trade."  With regard to the less well-established rights under P&I, such as "equal access to information" or "ability to advance one's interests," the panel found these rights were not established.   Having found no right sufficient to invoke P&I, the panel did not engage in any balancing of state interests and means chosen.

Regarding the dormant commerce clause (DCC), the panel again found that the clause was not properly at issue.  The panel stated that although "the VFOIA discriminates against noncitizens of Virginia, it does not discriminate 'against interstate commerce' or 'out-of-state economic interests.' "  Yet the panel somewhat confusingly added that "[a]ny effect on commerce is incidental and unrelated to the actual language of VFOIA or its citizens-only provision,"  and therefore a Pike balancing analysis, after Pike v. Bruce Church, Inc., 397 U.S. 137 (1970)  is appropriate.  The panel, however, does not engage in any balancing, holding that "the opening brief does not challenge the district court's application of the Pike analysis and thus the argument is waived.

There is something about an open records act being limited to state citizens that seems inconsistent with our notions of a "United States," as well as inconsistent with our notions of openness. The Fourth Circuit's lack of a discussion of the state interests and how they are being served leaves an unfortunate gap, even as  P&I and DCC doctrines do not seem adequate to address the issue.

Listed below are links to weblogs that reference State FOIA for State Residents Only: Constitutional According to the Fourth Circuit: