Stolen Valor in the Tenth Circuit

The United States Supreme Court is set to decide the constitutionality of The Stolen Valor Act, having granted certiorari in United States v. Alvarez with oral arguments scheduled for February.  The Ninth Circuit, in a divided opinion, held the Act unconstitutional.

The Tenth Circuit, also in a divided opinion in US v. Strandlof, has just held the Act constitutional.  For those who might wonder why the Tenth Circuit entered the fray, the majority panel opinion states that although the government suggested a stay, it is the practice of the Tenth Circuit to "decide cases that are ripe even while parallel cases are under review by the Supreme Court."  Opinion n. 3. 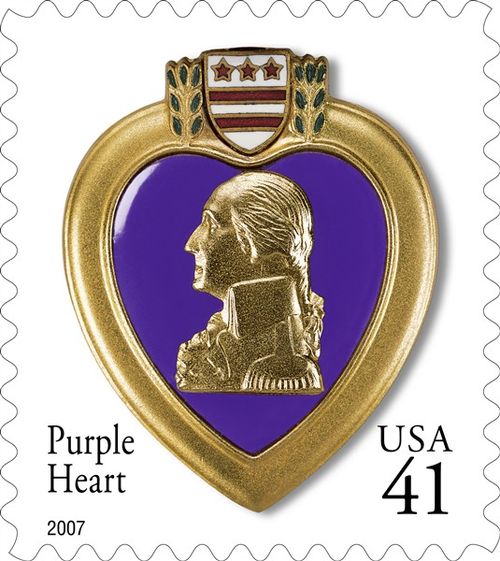 The Stolen Valor Act, 18 USC §704(b) criminalizes false representations, verbal or written, that one has been "been awarded any decoration or medal authorized by Congress for the Armed Forces of the United States, any of the service medals or badges awarded to the members of such forces, the ribbon, button, or rosette of any such badge, decoration, or medal, or any colorable imitation of such item."   The penalty is enhanced if the statements relate to the Congressional Medal of Honor, the Purple Heart, and other specified awards.

The majority opinion, authored by Judge Timothy Tymkovich, applies a "breathing space" standard it derives from defamation cases:  The First Amendment "does not foreclose laws criminalizing knowing falsehoods, so long as the laws allow 'breathing space' for core protected speech—as the Supreme Court calls it, 'speech that matters.' "

The dissenting opinion, authored by Judge Jerome Holmes, argues that the "breathing space" standard is not properly derived from precedent and that it "turns customary First Amendment analysis on its head, by obliging the speaker in the context of a content-based speech restriction, as here, to justify after the fact why his or her speech should not be regulated; and (2) despite the majority’s contrary assertions, its breathing space analysis, in operation, is the kind of balancing test that the Supreme Court has condemned and is at odds with First Amendment values."

Based on these limiting constructions, the majority compares The Stolen Valor Act to other regulations of false statements - - - many of which are civil - - - and uses a categorical approach to interpret "falsehoods" as unprotected speech.  On this basis, the defendant should have to prove that the criminalization of the falsehood does not leave sufficient "breathing space" for valued speech.

While the dissent criticizes the majority's limiting constructions, importantly Judge Holmes argues that even if these are accepted, the Stolen Valor Act remains a content regulation subject to strict scrutiny.  Assuming the government's interests - - - preventing dilution of military honors and protecting the public from deception - - - are compelling, the dissent argues that criminal sanctions are not sufficiently narrowly tailored.  Judge Holmes argues that "more speech" - - - such as additional databases regarding military honors - - - is an acceptable cure.

Moreover, perhaps the most important aspect of Stevens and Brown for this case is what the Court did not say. Indeed, with Stevens and Brown, the Supreme Court did not (at least for now) purport to create a unified theory of the First Amendment that would preempt all prior approaches and substitute a new doctrine. While perhaps the Court did just this (and if it did, it can tell us in Alvarez), we are quite confident the Court, if it sought such a bold result, would have expressly overruled prior doctrines. Instead, what the Court did was put in place a framework for assessing “novel restrictions” and “new categories of unprotected speech,” Brown, 131 S. Ct. at 2734 (emphasis added). But in neither Stevens nor Brown did the Court indicate an intention to disturb or reverse longstanding free speech jurisprudence for unprotected categories it has already addressed in other ways.

The Court's opinion in Alvarez will most likely be definitive, but most likely not in the manner of announcing a new bold approach for all First Amendment cases.  Instead, the Court must consider whether criminalizing speech, even false speech, about certain content (no matter the intent or the context), survives a First Amendment challenge.

RR
[image: The Purple Heart Stamp issued by the Post Office in 2007 via]

Listed below are links to weblogs that reference Stolen Valor in the Tenth Circuit: