Chief Judge of the Fifth Circuit Edith Jones, well known for her conservative affiliations, authored the panel opinion for the Fifth Circuit vacating a preliminary injunction of Texas HB 15, an Act “relating to informed consent to an abortion.”   The district judge had issued a preliminary injunction against seven subsections for violating the First Amendment or Fourteenth Amendment's due process clause encompassing vagueness principles. 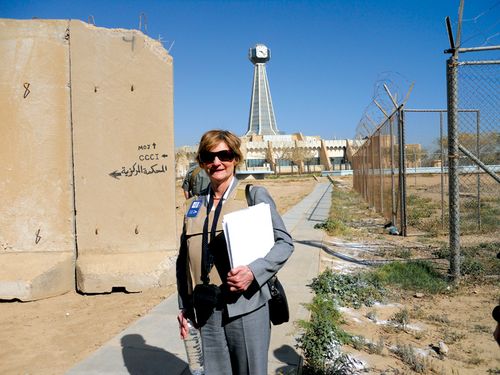 Judge Jones rejected the argument that the panel should defer ruling on the preliminary injunction given that the "district court has, notwithstanding this appeal, proceeded apace toward consideration of summary judgment" and therefore a "ruling on this interlocutory matter would become moot if the district court enters final judgment first."  In declining to defer, Jones wrote that "this ruling will offer guidance to the district court, which is particularly important given our different view of the case."   Should the district judge not hew to the Fifth Circuit's interpretation, a reversal is certain:  Jones also made clear that for "the sake of judicial efficiency, any further appeals in this matter will be heard by this panel."

Texas HB 15 requires a sonogram, a display of the sonogram to the pregnant woman, make audible the heart auscultation of the fetus for the woman to hear, and explain to her the results of each procedure and to wait 24 hours, in most cases, between these disclosures and performing the abortion.  A woman may only decline the explanation if her pregnancy is a result of a sexual assault or incest, she is a minor who has received a judicial bypass, or the fetus is abnormal.

The district judge found sections of HB 15 unconstitutional as compelled speech, but the Fifth Circuit's review of abortion cases led it to three conclusions:

First, informed consent laws that do not impose an undue burden on the woman’s right to have an abortion are permissible if they require truthful, nonmisleading, and relevant disclosures. Second, such laws are part of the state’s reasonable regulation of medical practice and do not fall under the rubric of compelling “ideological” speech that triggers First Amendment strict scrutiny. Third, “relevant” informed consent  may entail not only the physical and psychological risks to the expectant mother facing this “difficult moral decision,” but also the state’s legitimate interests in “protecting the potential life within her.”

Applying these principles, the panel found that the sections of HB 15 "requiring disclosures and written consent are sustainable under Casey, are within the State’s power to regulate the practice of medicine, and therefore do not violate the First Amendment."

As to the three vagueness arguments under the Due Process Clause, Judge Jones found the first "novel" and "novelty suggests its weakness;" the second as not meriting the district judge's "skeptical interpretation"  and that the "legislature had every right to maintain the integrity" of its statutory scheme; and the third,   "at bottom, trivial."

Judge Patrick Higginbottom's brief concurring opinion is worth reading in full, both for what it says and for what it does not say.  While it expresses some misgivings, it leaves little doubt of the result unless the case reaches the United States Supreme Court.