In a panel opinion rendered last week in Ognibene v. Parkes, authored by Judge Paul Crotty, a district judge sitting by designation, and with two concurring opinions, the Second Circuit upheld the law.  The challenged provisions were those that 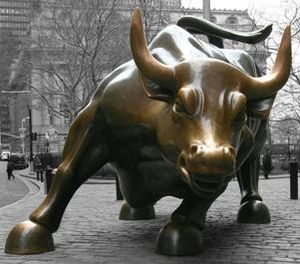 As to Citizens United, the panel opinion rejected the appellants' attempt - - - through "selective and misleading quotes" from Citizens United - - - to broaden Citizens United and obliterate the Supreme Court's "clear distinction between limits on expenditures and limits on contributions."  (at 18).  For the panel, Citizens United "confirmed the continued validity of contribution limits, noting that they most effectively address the legitimate governmental interest, identified by Buckley [v. Valeo], in preventing actual or perceived corruption."

More contentious, however, was the nature of the actual or perceived corruption required.  As the panel opinion noted, although "Citizens United stated that mere influence or access to elected officials is insufficient to justify a ban on independent corporate expenditures, improper or undue influence presumably still qualifies as a form of corruption," citing Arizona Free Enterprise Club’s Freedom Club PAC v. Bennett, 131 S. Ct. 2806 (2011).  Judge Debra Ann Livingston concurred separately to disagree with any notion that improper influence was a form of corruption that could be constitutionally addressed.   However, the panel lauded the city's fact-finding about corruption and the perception of corruption, stating both that the city need not wait until the "dog" actually bit before enacting legislation (at 27) and that there were actual recent "scandals involving exchanges of money for favors," (at 31 n.15 citing news reports).

Having found the government interests sufficient, the panel opinion then analyzed whether the provisions were closely drawn.  The panel opinion rejected the argument that the provisions were poorly tailored because they were not "indexed for inflation" and because they discriminated based upon viewpoint.   The viewpoint argument was largely based upon the exclusion of nonprofits such as neighborhood associations from the city law, but the panel stated that appellants never specified the viewpoint, and that neighborhood associations (for example) did not have a unified viewpoint.

The panel also rejected the challenge to the matching funds provision, distinguishing Bennett, and found that the entity ban, including not only corporations but partnerships, was sufficiently closely drawn.

Judge Guido Calabresi's interesting concurring opinion merits a close and full read.  Beginning with a Biblical passage, Calabresi states his disagreement with the Supreme Court's belief in the majority opinion in Citizens United that a government antidistortion interest (to "level the playing field") is inconsistent with the First Amendment.  Instead, courts should recognize that interest in the same manner that they recognize the validity of noise ordinances:

If an external factor, such as wealth, allows some individuals to communicate their political views too powerfully, then persons who lack wealth may, for all intents and purposes, be excluded from the democratic dialogue. In much the same way that anti-noise ordinances help to prevent megaphone users from drowning out all others in the public square, contribution limits can serve to prevent the wealthiest donors from rendering all other donors irrelevant—from, in effect, silencing them.

Moreover, the problem with the loudness of the megaphone in the public square

is not just that it drowns out the voices of others, but also that it misrepresents, to an outside observer, the relative intensity of the speaker’s views. That is, even if the megaphone user cares little about the issue being discussed, his voice gets heard above all others, while the voices (and intensity of feelings) of those who care passionately about the issue (and shout their beliefs at the top of their lungs) seem small in comparison. The one speaker’s relative loudness— along with the other speakers’ relative softness—obscures the depth of each speaker’s views, thereby degrading the communicative value of everyone’s message.

Calabresi's opinion articulates some of the same criticisms of campaign financing that animate the Occupy Wall Street movement.  He concludes by criticizing the Supreme Court's lack of deference to the legislature and essentially suggesting that the Court's activism (although he does not use that term) will be eventually ameliorated, whether through a "constitutional amendment or through changes in Supreme Court doctrine."