Can a counseling program at a public university require a student to address her deficiencies in becoming a "multiculturally competent counselor," particularly with regard to working with sexual minorities, before allowing her to participate in the program's clinic practicum?

The short answer from the Eleventh Circuit is "definitely, yes."  In a 40 page opinion, Keeton v. Anderson-Wiley, the Eleventh Circuit affirmed the District Judge's denial of a preliminary injunction to Jennifer Keeton, a student seeking a master's degree in school counseling at Augusta State University, Georgia.  The panel's opinion, authored by Judge Rosemary Barkett, found that Keeton did not show a likelihood of prevailing on the merits.  The opinion was joined by Judge Phyllis Kravitch.  Judge William Pryor, controversial for his own oft-stated Christian beliefs and confirmed 53-45 by the Senate to the Eleventh Circuit six years ago after serving in a recess appointment, concurred specially, largely to point out how views on homosexuality have changed.

The court rejected Keeton's claims of viewpoint discrimination, retaliation, and compelled speech under the Speech Clause and free exercise under the Free Exercise Clause of the First Amendment, spending the bulk of the opinion on viewpoint discrimination.  While Keeton argued that she was discriminated against because of her Christian beliefs, specifically those she held about "homosexuality," Judge Barkett stressed throughout the opinion that the problem was not Ms. Keeton's beliefs, but whether she could - - - or would even agree to try - - - to engage in ethical counseling under the profession's standards.  The evidence showed that Ms. Keeton had made several troubling statements indicating that she would not follow the ethical guidelines.  She said that as a school counselor she would respond to a student in crisis about his sexual orientation, by voicing her disapproval, telling him any homosexual behavior was morally wrong, and referring him to someone practicing sexual conversion therapy.  As Judge Barkett stated:

ASU’s officials confirmed that their primary concern was teaching Keeton not to impose her values on clients and how to become a more effective counselor. Also, in the addendum to the remediation plan, which was added in direct response to Keeton’s email claim that she believed she was being asked to alter her personal religious beliefs, ASU’s officials clarified that “[t]he content of your moral or religious beliefs is not in question,” and that the remediation plan was concerned with teaching her how “to respond in an ethical manner and avoid imposing your personal values on the client.”

The court applied the Hazelwood framework from Hazelwood School District v. Kuhlmeier, 484 U.S. 260 (1988), noting that the practicum might be reasonably thought to "bear the imprimatur of the school" and the practicum, as well as the specific remediation plan to assist Ms. Keeton with meeting acceptable standards, were part of the curriculum. 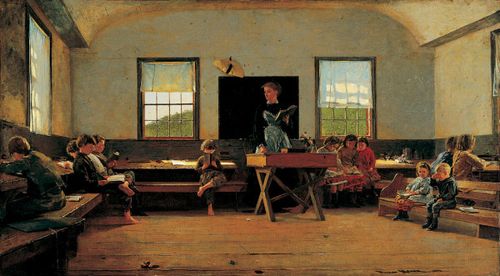 While the court's treatment of Ms. Keeton's "compelled speech" claim relying on West Virginia State Board of Education v. Barnette, 319 U.S. 624 (1943), is relatively brief, the court's discussion reveals the heart of the court's reasoning:

ASU is not forcing Keeton to profess a belief contrary to her own personal beliefs. Rather, it is compelling her to comply with the ACA [American Counseling Association] Code of Ethics, which requires those who wish to be counselors to separate their personal beliefs from their work. When a GLBTQ client asks, for example, if his conduct is moral, students are taught to avoid giving advice, to explore the issue with the client, and to help the client determine for himself what the answer is for him. If a client determines for himself that his conduct is moral, the ACA Code of Ethics requires the counselor to affirm the client, which means that the counselor must respect the dignity of the client by accepting the client’s response without judgment, not that the counselor must say that she personally believes that the client is correct. Thus, far from compelling Keeton to profess a belief or change her own beliefs about the morality of homosexuality, ASU instructs her not to express her personal beliefs regarding the client’s moral values. This is the form of treatment that ASU and the ACA have determined best promotes client welfare, which, in their view, is the objective of secular counseling.

Moreover, the court's discussion reveals the applicability of the court's reasoning in other contexts, including law and legal education:

Just as a medical school would be permitted to bar a student who refused to administer blood transfusions for religious reasons from participating in clinical rotations, so ASU may prohibit Keeton from participating in its clinical practicum if she refuses to administer the treatment it has deemed appropriate. Every profession has its own ethical codes and dictates. When someone voluntarily chooses to enter a profession, he or she must comply with its rules and ethical requirements. Lawyers must present legal arguments on behalf of their clients, notwithstanding their personal views. Judges must apply the law, even when they disagree with it. So too counselors must refrain from imposing their moral and religious values on their clients.

Finally, the Supreme Court has hardly indicated an intention to limit a school’s power to require its students to demonstrate whether they grasp a particular lesson. A school must, for instance, be free to give a failing grade to a student who refuses to answer a test question for religious reasons, or who refuses to write a paper defending a position with which the student disagrees ... No doubt, a law school would be permitted to require a student who expressed an intent to indiscriminately disclose her client’s secrets or violate another of the state’s bar rules to take extra ethics classes before letting the student participate in a school- run clinic in which the student would be representing actual clients. These actions, like ASU’s officials’ imposition of the remediation plan, are the types of academic decisions that are subject to significant deference, not exacting constitutional scrutiny.

Listed below are links to weblogs that reference No First Amendment Right to Impose One's Beliefs On Others in Counseling Program: