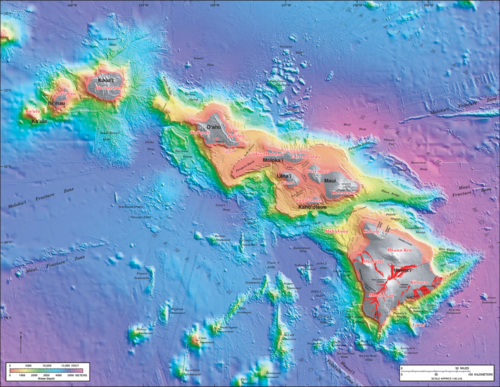 The second wave of challenges to marriage laws excluding same-sex couples began in Hawai'i. The Baehr v. Lewin decision from the Hawai'i Supreme Court in 1993 that the opposite-sex policy was a sex classification subject to strict scrutiny under the state constitution set off a chain of events. In Hawai'i, there was a successful state referendum in Hawai'i retaining the power for the legislature to decide the sex of parties to a marriage.  Nationally, there was ultimately the federal statute DOMA (now in federal disfavor) as well as many other state DOMAs.  However, there were also developments in other states that resulted in the opposite-sex requirement being relaxed.

The complaint in Jackson v. Abercrombie filed in the federal district of Hawai'i this week challenges the Hawai'i opposite-sex marriage requirement as violating the Due Process and Equal Protection Clauses of the Fourteenth Amendment.   The 27 page complaint includes an excellent chronology: a summary of the Hawai'i litigation and subsequent cases, including Perry v. Brown now before the Ninth Circuit.  The complaint also alleges that same-sex marriage has gained in popular acceptance since Baehr v. Lewin and that the civil union law, effective in Hawai'i in 2012, is not an adequate substitute for marriage.

Most likely, a district judge would wait for the Ninth Circuit decision in Perry, but presumably the state of Hawai'i will respond.

Listed below are links to weblogs that reference Constitutional Challenge to Hawai'i Marriage Law in Federal Court: