The First Amendment problems with AETA, the Animal Enterprise Terrorism Act, are well known.  Last year, a Northern California District Judge dismissed the high profile indictments against Joseph Buddenberg and three other defendants under AETA, 18 USC 43, on the basis of a Fifth Amendment failure to allege sufficient facts, although related to the First Amendment, as we discussed here.  AETA itself concludes with “Rules of Construction” which provide in relevant part that nothing in this section shall  be construed"

(1) to prohibit any expressive conduct (including peaceful picketing or other peaceful demonstration) protected from legal prohibition by the First Amendment to the Constitution;

(2) to create new remedies for interference with activities protected by the free speech or free exercise clauses of the First Amendment to the Constitution, regardless of the point of view expressed, or to limit any existing legal remedies for such interference . . . . " 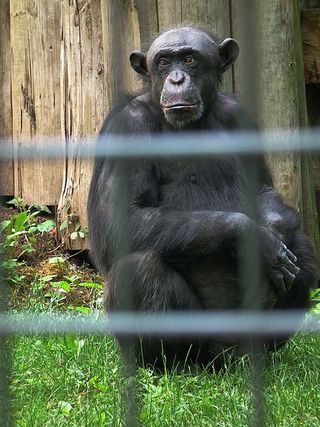 The Center for Constitutional Rights has filed a complaint, Blum v. Holder, in the District of Massachusetts federal court challenging AETA on its face and as applied as a First Amendment violation.  The plaintiffs are described as "five longtime animal rights activists whose advocacy work has been chilled due to fear of being prosecuted as a terrorist under the AETA."  The complaint alleges that "The AETA classifies certain protected speech and activity as a “terrorist” crime" and "punishes individuals who alone, or with others, criticize or demonstrate against what the statute vaguely identifies as an “animal enterprise,” if that otherwise permissible speech damages the property or profitability of the animal enterprise or even a person or entity connected with it."   The complaint also alleges that  AETA defines “animal enterprise” uncommonly broadly, "to include almost any business that buys or sells animal products:"

As such, it insulates a large number of businesses from the types of criticism that are deeply rooted in our constitutional tradition. For example, labor picketers, who seek to affect the bottom line of an employer engaged in unfair labor practices (that happens to sell animal products) are subject to prosecution under the act if their peaceful, lawful picket “causes the loss of any…personal property,” including profits.

More about the specific plaintiffs and the litigation is available on the CCR website.

Listed below are links to weblogs that reference Constitutional Challenge to AETA (Animal Enterprise Terrorism Act):