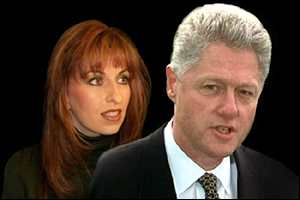 The statement in the Clinton v. Jones opinion, authored by Justice Stevens, that the Jones litigation was "highly unlikely to occupy any substantial amount of petitioner’s time,"  seemed to have been proven false by subsequent events.  In his new book, Five Chiefs, Justice Stevens, defends his statement:

[T]he Court had been confronted with the question whether either the Constitution or respect for the office of the president required a federal district court to defer the trial of a damages claim against President Clinton until after the end of his term.  In a unanimous opinion that Bill [Rehnquist] assigned to me, we upheld the decisions of the lower courts denying the request for a stay of the trial.  Among the arguments that we rejected was a claim that permitting the trial to proceed would violate the doctrine of separation of powers.

While I am not aware of any significant scholarly criticism of the legal analysis in my opinion, numerous commentators have rather enthusiastically suggested that only the village idiot could have authored one statement that I made.  In my response to the argument that the burdens of the litigation would impair the president’s ability to discharge his official duties, I declare: "If the past is any indicator, it seems unlikely that a deluge of such litigation will ever engulf the Presidency.  As for the case at hand, if properly managed by the District Court, it appears to us highly unlikely to occupy any substantial amount of petitioner’s time.”  Clinton later gave deposition testimony that triggered his impeachment, which, in turn, obviously occupied a huge amount of his time.  These events, it is argued, proved my comments to have been ludicrous.

That appraisal depends on a failure to recognize both the difference between the trial proceedings and the unforeseen impeachment.  A postponement of the trial would not necessarily have justified a postponement of the president’s deposition.  Indeed, as the president’s lawyers stated at oral argument, a delay in the trial would have increased the need for depositions because of the risk that key witnesses’ memories might fade.  Given that case (Clinton v. Jones [1997]) was settled, we will never know just how much time a trial would have consumed.  We did know that our ruling did not give rise to the predicted avalanche of litigation.  And the impeachment proceedings were certainly not a part of “the case at hand” referred to in our opinion.

Still the reaction to my words illustrates that an author is seldom the best judge of how readers will react to his work.

Note however that Court did not simply uphold "the decisions of the lower courts denying the request for a stay of the trial," as Stevens states.  Instead, as Stevens' opinion for the Court stated:

we are persuaded that it was an abuse of discretion for the District Court to defer the trial until after the President leaves office. Such a lengthy and categorical stay takes no account whatever of the respondent's interest in bringing the case to trial. The complaint was filed within the statutory limitations period--albeit near the end of that period--and delaying trial would increase the danger of prejudice resulting from the loss of evidence, including the inability of witnesses to recall specific facts, or the possible death of a party.

Here's a quick overview of the case and developments from WaPo.

Listed below are links to weblogs that reference Justice Stevens on Clinton v. Jones: