The Act, codified at 18 U.S.C. § 704(b), criminalizes false representations, verbal or written, that one has been "been awarded any decoration or medal authorized by Congress for the Armed Forces of the United States, any of the service medals or badges awarded to the members of such forces, the ribbon, button, or rosette of any such badge, decoration, or medal, or any colorable imitation of such item."    In Alvarez, the defendant, a member of a water district board, falsely claimed he was a marine who had been awarded the Congressional Medal of Honor.

The majority of the Ninth Circuit panel analyzed the Stolen Valor Act as one that clearly regulated "only words" and targeted "words about a specific subject: military honors." It was thus a content-based regulation subject to strict scrutiny under the First Amendment.  The dissenting judge argued that because the representations were false First Amendment scrutiny should be minimal. 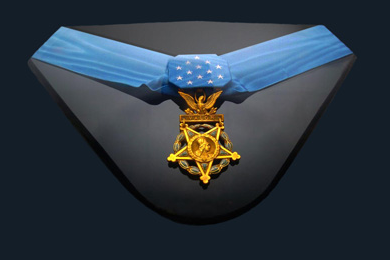 Note that just last month the Ninth Circuit upheld the constitutionality of another provision of the Stolen Valor Act in United States v. Perleman that criminalized the fraudulent wearing of a military medal with intent to deceive.  Mr. Perleman had actually been awarded the Purple Heart, but based upon a fraudulent claim that his self-inflicted wound was a war-related schrapnel injury.  The Perleman panel specifically distinguished Alvarez: Perleman did not involve "only words" and had a scienter requirement.

With the grant of certiorari, the Court is set to explore First Amendment protection for false statements in the military context but accompanied by a criminal sanction.  As the Ninth Circuit stated in Alvarez, "criminally-punishing lies" is not the best way to achieve the government's purpose:  "it seems just as likely that the reputation and meaning of such medals is wholly unaffected by those who lie about having received them. The greatest damage done seems to be to the reputations of the liars themselves."

Listed below are links to weblogs that reference "Stolen Valor Act" to be heard by United States Supreme Court: