United States District Judge Catherine Eagles has preliminarily enjoined N.C. Gen. Stat. § 90-21.85 on the basis of the First Amendment in a 19 page Opinion and Order  The statute was passed last summer, over the Governor's veto, and scheduled to become effective today.

The  statutory provision at issue, known as "speech and display," required: 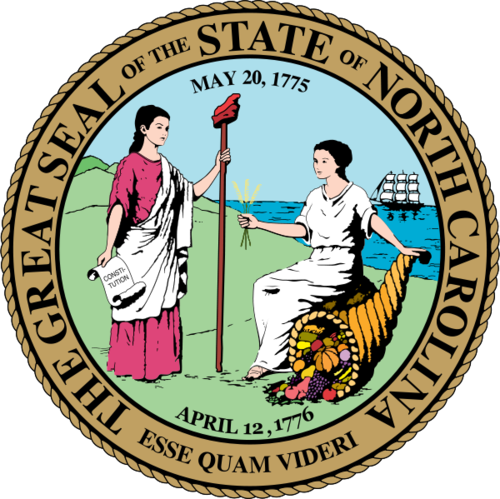 The State argued against the usual standard of strict scrutiny to evaluate such compelled content speech by claiming that the speech should be evaluated under an undue burden standard, or that the speech evaluated under the lesser standard for commercial speech.  Judge Eagles rejected both of these arguments because they had little, if any, support in precedent.

Judge Eagles thus found that the "speech-and-display requirements of the Act are subject to strict scrutiny under traditional and longstanding First Amendment principles" and that the State "must establish that the compelled speech required of the providers furthers a compelling state interest and that the requirements are narrowly tailored to achieve that interest."  She quickly added that the State had "not established either element."

Yet in her analysis, Judge Eagles tended to rely on the "narrowly tailored" prong of the strict scrutiny test.  As to the State's first asserted interest, "protecting abortion patients from psychological and emotional distress," Judge Eagles concluded that even if this was a compelling interest, the evidence in the record tended not to support a claim of protection, and indeed, tended to support a claim of the harm to "the psychological health of the very group the state purports to protect."  Similarly, as to the State's second asserted interest, "preventing women from being coerced into having abortions," Judge Eagles noted that the State did not articulate the relationship between the speech and display requirements and the interest, and that "none is immediately apparent."

Judge Eagle did squarely address the "compelling" quality of the State's third and final interest - - - added at oral argument - - - of "promoting life and discouraging abortion," with contradictory language from Casey.  But again, Judge Eagles stressed the relationship prong: "In any event, even if the state has a compelling interest, the state has provided no evidence that alternatives more in proportion to the resulting burdens placed on speech would not suffice."

North Carolina is not alone is passing these restrictive and controversial mandates regarding ultrasounds, although as Judge Eagles' decision demonstrates, they are deeply problematical under First Amendment doctrine.

Listed below are links to weblogs that reference North Carolina "Speech and Display" Ultrasound Requirement for Abortion Preliminarily Enjoined: