In an order Friday, Judge Jackie Fulord held unconstitutional a statute ordering the privatization of 29 South Florida prisons in Baiardi v. Tucker.  The suit was filed by the correctional officers union. 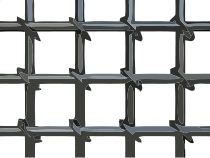 The judge stated that there was no question that Florida could privatize prisons under Florida Stat. §944.105, which gives authprity to the Department of Corrections (DOC) to "outsource" correctional functions based on DOC expertise.  But the problem here was that the Florida Legislature was now mandating DOC privatize the 29 prisons - - - and this mandate occurred not in an ordinary statute (a general law) but in the "hidden recesses" of a General Appropriations Act.

In her brief order, Judge Fulord relied upon the very simple provisions of Florida Constitution Article III §6 and §12:

SECTION 6. Laws.—Every law shall embrace but one subject and matter properly connected therewith, and the subject shall be briefly expressed in the title. No law shall be revised or amended by reference to its title only. Laws to revise or amend shall set out in full the revised or amended act, section, subsection or paragraph of a subsection. The enacting clause of every law shall read: “Be It Enacted by the Legislature of the State of Florida:”.

SECTION 12. Appropriation bills.—Laws making appropriations for salaries of public officers and other current expenses of the state shall contain provisions on no other subject.

The ruling reportedly caused the stock of a Florida-based private prison operator to fall.

Listed below are links to weblogs that reference Florida Prison Privatization: Allowable but State Constitutional Process Must be Followed: