Three parties--two sets of plaintiffs and the U.S. government--filed petitions today asking the Supreme Court to review the Eleventh Circuit ruling last month in State of Florida v. HHS striking down aspects of the Affordable Care Act.  In seeking Court review of the three-judge panel decision, the parties are bypassing en banc review and taking the case directly to the Court.

Recall that the Eleventh Circuit ruled the so-called individual mandate unconstitutional, but also ruled it severable from the rest of the ACA.  In particular, the court ruled that the individual mandate exceeded congressional authority under both the Commerce Clause and the Taxing Clause; that the individual mandate was severable from the rest of the ACA; and that Medicaid expansion did not unduly coerce the states and thus exceed congressional authority under the Spending Clause.  The ruling gave both sides plenty to appeal. 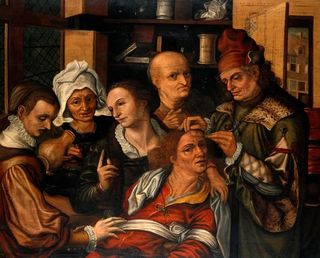 And the petitions for cert. filed today reflect it.  Thus the National Association of Independent Business and two private individuals, all plaintiffs in the case, took on the Eleventh Circuit's ruling on severability.  (Recall that the district court ruled the individual mandate non-severable, in part because the government argued that it was an essential part of the overall ACA.  And becuase it ruled that Congress lacked authority to enact the individual mandate, the district court also struck down the entire ACA.  The Eleventh Circuit reversed.)  These petitioners also say that the Eleventh Circuit's case is a better vehicle with which to evaluate the ACA, because it involves all the issues, but none of the problems, of the cases out of the other circuits.  Thus, they say that the Sixth Circuit ruling in Thomas More, upholding the individual mandate, includes a contested standing issue and failed to address severability of the individual mandate (because the parties didn't argue it); the Fourth Circuit in Liberty University ruled that the plaintiffs' case was barred by the Anti-Injunction Act, an erroneous and now "irrelevant" ruling, in their judgment.

The state plaintiffs in the case took on the Eleventh Circuit's ruling on the Tenth Amendment and federalism.  They argue that the Eleventh Circuit erred in ruling that Medicaid expansion in the ACA isn't unduly coercive and that the Supreme Court should resolve whether the so-called employer mandate provisions are constitutional as applied to the states.

Finally, the government argued that Congress had authority to enact the individual mandate under the Commerce Clause and, alternatively, the Taxing Clause.  It also asks the Court to address whether the Anti-Injunction Act bars the plaintiffs' suit.

The petitions today make it all the more likely that the Court will hear a challenge to the ACA this Term.  And this case seems the most likely vehicle, for all the reasons argued by the NFIB: This case puts it all before the Court--Commerce Clause, Taxing Clause, severability, Tenth Amendment, federalism, and the AIA.  Both sides want a ruling on the whole thing, and this is the right case.

Listed below are links to weblogs that reference Plaintiffs and Government Move to Take Health Reform to the Supreme Court: