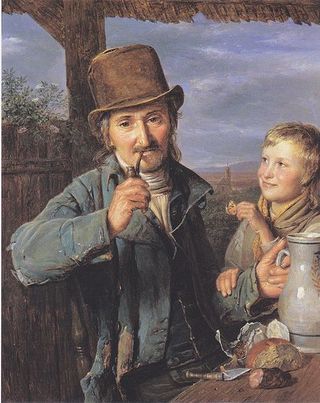 (a) It shall be unlawful for any person to stand on a street or highway and solicit, or attempt to solicit, employment, business, or contributions from an occupant of any motor vehicle.  For purposes of this section, "street or highway" shall mean all of that area dedicated to public use for public street purposes and shall include, but not be limited to, roadways, parkways, medians, alleys, sidewalks, curbs, and public ways.

(b) It shall be unlawful for any person to stop, park or stand a motor vehicle on a street or highway from which any occupant attempts to hire or hires for employment another person or persons.

The court ruled that this was an impermissible "time, place, manner" regulation on speech, because it regulated too much protected speech in too many locations in a way that wouldn't serve the City's interests in keeping traffic moving and safety on the roadways.  In other words, it was overinclusive.  Example: Its plain language would prohibit children from setting up a lemonade stand on a neighborhood sidewalk.

The court rejected the City's narrowing interpretation--that the ordinance would only apply to solicitations that clogged traffic.  It wrote that the ordinance wasn't susceptible on its face to such narrowing.  On this point, the court overruled language in ACORN v. City of Phoenix, the 1986 Ninth Circuit case upholding a virtually identical ordinance designed to prohibit ACORN members from soliciting donations from stopped drivers.  The three-judge panel relied heavily on ACORN in its earlier ruling.

The ruling means that the Rendondo Beach ordinance is unenforceable against anyone.  It also means that the Ninth Circuit doesn't accept the government's limiting interpretation of ordinances like this; instead, it rules them overbroad and unconstitutional.

Three judges on the Ninth Circuit specially concurred but went yet farther.  They said that the ordinance was a content-based restriction on speech (not merely a content-neutral, "time, place, manner" regulation) and that it failed strict scrutiny.  They also said it didn't leave open ample alternative channels of communication.

Chief Judge Kozinski wrote that any overinclusivity was based on wild hypotheticals, and that the ordinance was perfectly susceptible to a reasonable limiting interpretation, especially in light of the City's history of not enforcing the ordinance against, say, children selling lemonade on the sidewalk.  He also emphasized the extent of the problem and said that the City had been laboring for years to address it, to no avail.