Judge Sharon Lovelace Blackburn, Chief Judge of the Northern District of Alabama, has issued a 115 page Memorandum Opinion enjoining portions of HB 56 in United States v. Alabama.   [UPDATE: Other portions of HB56 are enjoined in a separate opinion in Hispanic Interest Coalition of Alabama v. Bentley] 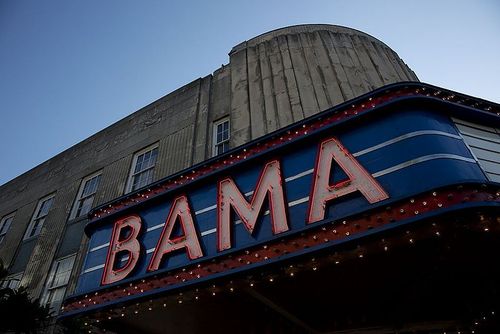 Days before the law was scheduled to go into effect on September 1, Judge Blackburn issued a temporary injunction which made it clear it did not address the merits.

The judge has now rendered her opinion on the various provisions that the United States claims are pre-empted.  Her opinion thus allows a few of the more controversial portions of HB56 to become effective.

Here's the result of her detailed analysis, with the provisions the Judge has declared enjoined as preempted in bold:

H.B. 56 § 10, which creates a criminal misdemeanor violation under Alabama law for willful failure to complete or carry an alien registration document if the person is in violation of 8 U.S.C. § 1304(e) or 8 U.S.C. § 1306(a) and is unlawfully present in the United States.

H.B. 56 § 11(a), which makes it a misdemeanor crime for an unauthorized alien to apply for, solicit, or perform work.

H.B. 56 § 12(a), which requires a law enforcement officer to make a reasonable attempt, when practicable, to determine the citizenship and immigration status of a person stopped, detained or arrested when reasonable suspicion exists that the person is an alien who is unlawfully present in the United States.

H.B. 56 § 16, which forbids employers from claiming as business tax deductions any wages paid to an unauthorized alien.

H.B. 56 § 17, which establishes a civil cause of action against an employer who fails to hire or discharges a U.S. citizen or an alien who is authorized to work while hiring, or retaining, an unauthorized alien.

H.B. 56 § 18, which amends Ala. Code 32-6-9 to include a provision that if a person is arrested for driving without a license, and the officer is unable to determine that the person has a valid driver’s license, the person must be transported to the nearest magistrate; a reasonable effort shall be made to determine the citizenship of the driver, and if found to be unlawfully present in the United States the driver shall be detained until prosecution or until handed over to federal immigration authorities.

H.B. 56 § 27, which bars Alabama courts from enforcing a contract to which a person who is unlawfully present in the United States is a party. This section does not apply to contracts for lodging for one night, contracts for the purchase of food, contracts for medical services, or contracts for transportation for an alien to return to his or her country of origin.

H.B. 56 § 28, which requires every public elementary and secondary school in Alabama to determine if an enrolling student was born outside the jurisdiction of the United States or is the child of an unlawfully present alien and qualifies for assignment to an English as second language class or other remedial program.

H.B. 56 § 30, which makes it a felony for an alien not lawfully present in the United States to enter into a “business transaction” with the State of Alabama or any political subdivision thereof.

In her analysis, the Judge relied heavily on the Third Circuit case of Lozano, regarding the Hazelton ordinance, which has been vacated and remanded,  and the Ninth Circuit case of United States v. Arizona, on the notorious SB1070, as might be expected.  However, less predictable is Judge Blackburn's rejection of the Ninth Circuit's opinion in Arizona regarding "unlawful presence," (§10 of HB56).  In part, Judge Blackburn factually distinguishes the Arizona and Alabama statutes.  However, Blackburn also makes it clear she thinks Arizona is incorrect and extensively quotes the dissenting opinion.

Judge Blackburn found one of the most controversial sections of HB56 - - - §13, the haboring transporting provision - - - subject to injunction as pre-empted.  Blackburn's analysis here, especially distinguishing §10, is worth a look:

H.B. 56 § 13 thus represents a significant departure from homogeneity, which “stands as an obstacle to the accomplishment and execution of the full purposes and objectives of Congress."   Section 13 creates an Alabama-specific harboring scheme that “remove[s] any federal discretion and impermissibly places the entire operation – from arrest to incarceration – squarely in the State’s purview.” Unlike Section 10, which constrains the Alabama courts to the line of federal precedent interpreting 8 U.S.C. §§ 1304 and 1306, Section 13 imposes no obligation on Alabama courts to take guidance from federal courts and agencies in interpreting the word “harboring” as H.B. 56 § 13 is state law. For all these reasons, the court finds the United States is likely to succeed in showing that Section 13 is preempted.

Given her conclusion on §13, the Judge ruled that the "Clergy Complaint" objection to the same section was moot; She also denied the Clergy motion seeking to enjoing §27 in accordance with her conclusion in US v. Alabama.

Sure to be appealed to the Eleventh Circuit, by either the United States or Alabama or both, Judge Blackburn's opinions might not be affirmed in all respects, but its careful analysis is sure to be accorded respect.

Listed below are links to weblogs that reference Alabama Immigration Law HB56 Enjoined in Part by Federal Judge (Part I):

If the US wanted illegals from working in this country we would support jobs programs in their country when that country can afford them on their own.