Accompanying her opinion in United States v. Alabama issued today [discussed in part I], Judge Blackburn a while later issued a 100 plus page Memorandum opinion in Hispanic Interest Coalition of Alabama v. Bentley enjoining other portions of the controversial HB56. 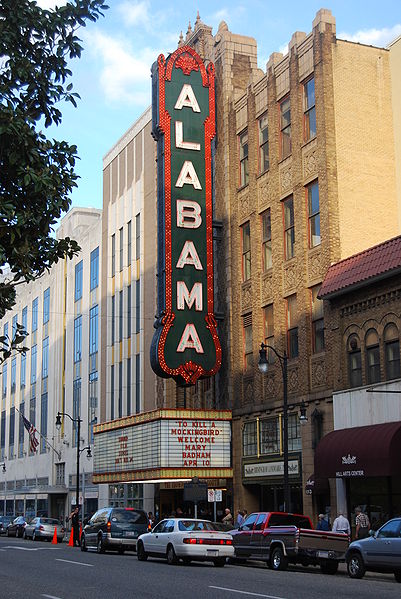 Some of the Hispanic Interest Coalition of Alabama's (HICA) challenges were moot by the Judge's opinion in United States v. Alabama issued earlier today.  However, Judge Blackburn found that none of the HICA plaintiffs had standing to challenge HB56 in its entirety, and that HICA did not have standing as an association.   Thus for each challenge, the judge considered standing.  The judge found that HICA plaintiffs did not have standing to challenge one of the more controversial sections, section 28, regarding enrollemnt of students in public schools.

The Judge did grant a preliminary injunction of three separate provisions.

The judge found that Congressional intent was contrary and clear, and thus the state law was preempted.  Only Congress, the judge stated, may "classify aliens" including for postsecondary education.

Second, the judge issued a preliminary injunction of the last sentences of Sections 10(e), 11(e), and 13(h) based on the Compulsory Process Clause of the Sixth Amendment.  These sentences provide that "A court of this state shall consider only the federal government’s verification in determining whether an alien is lawfully present in the United States."   The judge found that to the extent Sections 10(e), 11(e), and 13(h) of H.B. 56 are interpreted as allowing a defendant to be convicted based on a certificate of nonexistent record (CNR) without testimony from the clerk or officer preparing the report, these sections violate the Confrontation Clause, but because there is no evidence this has occurred, the Confrontation Clause argument does not merit a preliminary injunction.  As to the Compulsory Process Clause challenge, however,  Judge Blackburn ruled that by "limiting evidence admissible in a state-court proceeding to “only” the federal government verification of lawful presence, Sections 10(e), 11(e), and 13(h) deny every person accused of violating Sections 10, 11 or 13 of H.B. 56 the constitutionally-protected right to present a defense. By denying accused individuals the opportunity to prove lawful presence, Alabama has denied all individuals charged under these sections with their right to compulsory process."

Third,  the judge issued a preliminary injunction of Sections 11 (f) and (g) based on the First Amendment.  These provision provide:

The judge found that these provision were not content nuetral because they applied to a particular subject matter of expression - - - solitication of employment - - - rather than to partcular conduct, such as blocking traffic.  Yet the judge also analyzed the provisions under the commercial speech doctrine Alabama advocated, finding them failing to satify that lower standard.

Like US v. Alabama, this is sure to be appealed to the Eleventh Circuit, and Judge Blackburn's opinions might not be affirmed in all respects, but its careful analysis is sure to be accorded respect.

Listed below are links to weblogs that reference Alabama Immigration Law HB56 Enjoined in Part by Federal Judge- PART II: