A three-judge panel of the Third Circuit on Wednesday threw out a challenge to the Affordable Care Act and its individual health insurance mandate because the plaintiffs lacked standing.  The ruling didn't touch on the merits of the plaintiffs' challenge--and it was by any measure a weak case on standing--but it's nevertheless a second major defeat for ACA opponents in the appeals courts in just over a month.  (The Sixth Circuit just recently upheld the individual mandate against substantive constitutional challenges in Thomas More Law Center v. Obama.) 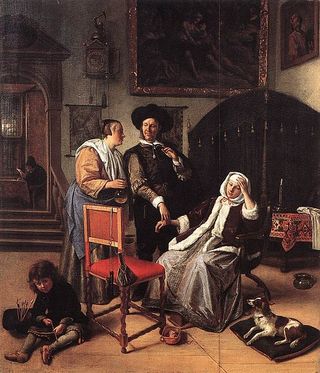 The Third Circuit case, New Jersey Physicians, Inc. v. President of the United States, was brought by a licensed physician, one of her patients, and a non-profit corporation that "has as a primary purpose the protection and advancement of patient access to affordable, quality healthcare."  The plaintiffs challenged the constitutionality of the individual mandate, but they neglected to put anything in their complaint showing how they'd be injured.

Thus, the patient alleged this: "Roe is a patient of Dr. Criscito who pays himself for his care," and Roe "is a citizen of the State of New Jersey who chooses who and how to pay for the medical care he receives from Dr. Criscito and others."  The court wrote that Roe failed to provide any details, and failed to show that these allegations amounted to an injury.

In a similar spirit, the doctor alleged this: "Dr. Criscito, in the course of his individual practice of medicine, treats patients," and "[s]ome of those patients pay Dr. Criscito for his care and do not rely on a third-party payor to do so on their behalf."  The court wrote that these allegations, too, are too bare and fail to show an injury.

As to the non-profit and its claim for associational standing, the court ruled that it failed to show that any of its members would be harmed by the law.

The court didn't reach the merits, to be sure.  And the case was by any measure (strangely) weak on standing: the plaintiffs simply failed to allege any concrete, particularized, and imminent harms.  (Their allegations read like generalized grievances, or even like they were going for an advisory opinion.)  But the case now stands as the second significant defeat for ACA opponents in the circuit courts in just over a month.

Cases to watch now are Virginia v. Sebelius and Liberty University v. Geithner outstanding in the Fourth Circuit, and Florida v. HHS oustanding in the Eleventh Circuit.  The courts have heard oral arguments in these cases; we're just waiting for opinions.

For other news and updates on ACA litigation, check out the ACA Litigation Blog.

Listed below are links to weblogs that reference Third Circuit Dismisses Health Care Challenge for Lack of Standing: