Over a vigorous dissent from Judge Carolyn Dineen King, the two other judges on the panel in Doe v. Covington County School District, found the special relationship test of DeShaney v. Winnebago County, 489 U.S. 189 (1989) was met.

In its opinion earlier this month, the Fifth Circuit recognized that DeShaney made clear that as a general matter, a State’s failure to protect an individual against private violence is not a violation of the Fourteenth Amendment's Due Process Clause, with the only exception being when the State has a "special relationship” with the person.  In DeShaney, the Court found that no such "special relationship existed even when state social workers investigated a case of child abuse, repeatedly, but returned the child to the father's custody and the father beat the child into a comatose state. 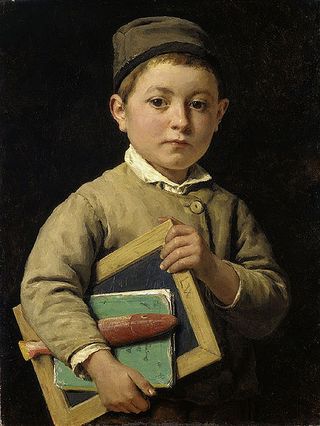 As the Fifth Circuit majority phrased the issue in Doe, it was considering whether there are "circumstances under which a compulsory-attendance, elementary public school has a “special relationship” with its nine year-old students such that it has a constitutional “duty to protect” their personal security."

The Fifth Circuit found that such circumstances do exist in the allegations of Doe's complaint, which the trial court had dismissed under DeShaney.   The fact that she was nine years old was indeed important to the court, for it "made Jane wholly dependent on the School for her safety," and the school, according to the court, "thus assumed the duty to protect her."

However, the other circumstances, as alleged in the complaint, also contributed to the court's finding of special circumstances.  The school allowed a man to "check out" Jane Doe from school and return her later in the day on six separate occassions, simply signing her out as her father, and once as her mother.  The man was not on the "permission list," was not related to Jane Doe, and the school employees did not ask for any idenitification or check the "permission list."  The man took Jane from school, sexually molested her, and then returned her to school.

On the majority's view, the school was not passive, but "affirmatively forced" Jane Doe into the sole custody of a man from whom she could not protect herself.  Thus, it distinguished Jane Doe's situation from the passivity of the caseworkers in DeShaney.

Judge King's dissent argues that Jane Doe's age is irrelevant and disputes the majority's characterization of Jane Doe being "forced" to leave with a "stranger."  While there may have been negilgence, Judge King notes, this does not rise to the level of a constitutional matter.

The "special relationship" requirement to escape DeShaney's harsh rule has generally only been extended to persons who are imprisoned or in foster care, based on the state's complete control over the person.  A majority of the Fifth Circuit has found that during the school day, under laws requiring complusory education, a school also has complete control - - - or sufficient control to not allow unauthorized persons to remove children from school during the school day.

Listed below are links to weblogs that reference The Limits of DeShaney: Fifth Circuit Finds Special Relationship:

I can make out a case for DeShaney being correctly decided (altho my studets won't buy the argument that the other result would lead to overreaction by social workers being concerned about liability) but not this one. Allowing unauthorized persons to take a child clearly violates a special relationship a school has with K-6 students.