A three-judge panel of the Seventh Circuit ruled on Friday in Fields v. Smith that the Wisconsin Sex Change Prevention Act, which bars the use of Wisconsin Department of Correction resources for hormonal therapy or sex reassignment surgery, violates the Eighth Amendment on its face. 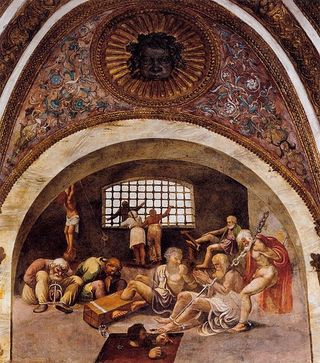 The court ruled that the state's failure to provide effective treatment for GID, which even the DOC agreed was a serious medical condition, violated the Eighth Amendment.  Citing and quoting Estelle v. Gamble ("We therefore conclude that deliberate indifference to serious medical needs of prisoners constitutes the 'unnecessary and wanton infliction of pain,' proscribed by the Eighth Amendment"), the court wrote,

Surely, had the Wisconsin legislature passed a law that DOC inmates with cancer must be treated only with therapy and pain killers, this court would have no trouble concluding that the law was unconstitutional.  Refusing to provide effective treatment for a serious medical condition serves no valid penological purpose and amounts to torture. . . .  Although [the Wisconsin Sex Change Prevention Act] permits DOC to provide plaintiffs with some treatment, the evidence at trial indicated that plaintiffs could not be effectively treated without hormones.

Because the court resolved the case on the Eighth Amendment, it declined to rule on the plaintiffs' Equal Protection claim.