In a Memorandum and Order today, Judge J. Thomas Marten of the United States District of Kansas, enjoined the enforcement of the Kansas defunding of Planned Parenthood statute, Section 107(l) of H.B. 2014, 84th Leg. (Kan. 2011).  The judge enjoined the Kansas state defendants from any further enforcement or reliance on  athe state statute and directed them to allocate all Title X funding for State Fiscal Year 2012 without reference to Section 107(l), and to provide continuation grant funding to the Planned Parenthood.

The Kansas statute, Section 107(l) of H.B. 2014, which took effect on July 1, 2011, defunds Planned Parenthood by providing that Kansas subgrants of Title X funds are "exclusively prioritized" to public entities, or secondly, to hospitals or federally-qualified health centers (FQHCs). As Planned Parenthood is a private entity which is neither a hospital nor a FQHC, it cannot successfully apply to Kansas to receive Title X funds.

First, however, the judge considered the state's argument that any relief was barred by the Eleventh Amendment.  The state defendants argued that the requested relief therefore must include an order for the State to sign a contract with and pay money to Planned Parenthood, thereby violating the State’s sovereign immunity.  Rejecting this argument, the court stated that it found "the injunctive relief sought by Planned Parenthood will not violate the Eleventh Amendment, as it seeks an order which would simply preclude the defendants from any decision allocating Title X funding on the basis of the allegedly unconstitutional Section 107(l).”

As to Planned Parenthood's pre-emption claim, the judge noted that there were several cases holding that a state's imposition of additional eligibility requirements under Title X are invalid as creating an unconstitutional conflict.  The state statute did not simply render uncertain whether or not Planned Parenthood could receive state funding; it made it impossible for the organization to be funded.

Regarding Planned Parenthood's First Amendment claim, the judge distinguished it from unconstitutional conditions cases such as Rust v. Sullivan.  Here, it was not that there were conditions attached to the funding, but that an organization was deemed ineligible based entirely on "participation in unrelated political conduct. This punitive aspect of the statute, arising from the plaintiff’s protected association with abortion related services, renders the statute unconstitutional."  Thus, the judge focused on the First Amendment right of association. 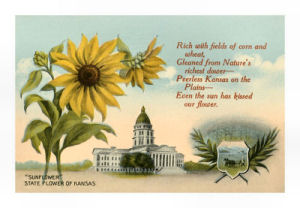 Discussed in both of the Planned Parenthood claims was the legislative intent of the statute.  Was the intent of the statute directed at Planned Parenthood?  The judge soundly rejected the state defendants "suggestion that the statute was simply designed to prioritize funding to entities who have a higher percentage of poor clients" as a post-hoc, “litigation-spawned” attempt to find some alternative, benign rationale for the statute.  The judge also considered the statement of the amendment's sponsor, Lance Kinzer, including on the floor of the House and on his facebook page:

Delighted to announce that the KS House just approved my floor amendment to deny Title X funding to Planned Parenthood for the balance of FY2011. The vote was 91-26, a great victory on the first pro-life floor vote
of the session.

Similarly, Governor Brownback, who signed the statute into law, was quoted by The Lawrence, Kansas Journal-World as hailing the Kinzer amendment on the grounds that it would “zero out funding of Planned Parenthood.”  The judge found these were not isolated statements, but indicative of legislative intent both to "punish" Planned Parenthood in contravention of its free association First Amendment rights and to contradict the direct mandate of the federal law.