National Organization for Marriage ("NOM"), a New Jersey-based nonprofit corporation organized for the purpose of providing "organized opposition to same-sex marriage in state legislatures,"  challenged state laws from both Maine and Rhode Island that require it to disclose its expenditures in the respective states.

Both federal district judges considering the actions largely rejected NOM’s challenges and the First Circuit has also rejected the challenges in a lengthy opinion in National Organization for Marriage v. McKee, regarding the Maine laws, and a much more brief opinion on the Rhode Island statute in National Organization for Marriage v. Daluz, which relies upon McKee.  In addition, NOM wanted the trial proceedings to be sealed, which the court also rejected. 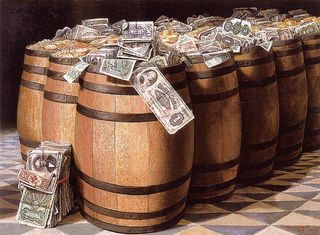 In part, NOM challenged Maine’s definition of NOM as a PAC (political action committee), arguing that “any law defining an organization as a PAC is subject to strict scrutiny"  because as "a matter of law, not fact,"  PAC status is burdensome and subjects an entity to "extensive regulations."   The First Circuit found the argument unpersuasive, and further distinguished Citizens United, because Maine's provision does not condition political speech on the creation of a separate organization or fund, establishes no funding or independent expenditure restrictions, and imposes three simple obligations on an entity qualifying as a PAC: filing of a registration form disclosing basic information, quarterly reporting of election-related contributions and expenditures, and simple recordkeeping.

The First Circuit therefore applied  exacting scrutiny - - - rather than strict scrutiny - - - requiring a "substantial relation" between the law and a "sufficiently important governmental interest."  Again citing Citizens United, the panel concluded that the goal of providing "the electorate with information as to where political campaign money comes from and how it is spent" to be such a "sufficiently important" governmental interest capable of supporting a disclosure law.

Regarding the substantial relationship, the court considered various provisions in the Maine statutory scheme separately.  The court roundly rejected NOM’s contention that to be substantially related, the disclosure requirement could only be imposed upon a PAC that had as its “major purpose” the nomination or election of a candidate.  Quoting District Judge Hornsby, the panel agreed that NOM’s interpretation would "yield perverse results" :

NOM also argued that the $100 threshold for disclosure was unconstitutional - - - as too low and as unchanging.  The First Circuit noted that it had upheld a $50 threshold a decade ago, and saw no need to depart from that view.

The panel agreed with the district court that "Citizens United has effectively disposed of any attack on Maine's attribution and disclaimer requirements.”  NOM had argued that the required disclosures will "distract readers and listeners from NOM's message."  Instead, the court held that the “requirements are minimal, calling only for a statement of whether the message was authorized by a candidate and disclosure of the name and address of the person who made or financed the communication, and again relying on Citizens United, stating that these were precisely the same requirements approved in Citizens United, and that indeed, the statute at issue in Citizens United was slightly more prescriptive.

The panel also rejected NOM’s arguments that the Maine statutory scheme was unconstitutionally vague.  Specifically, NOM posed challenges to three sets of terms: (1) "promoting," "support," and "opposition"; (2) "influencing"; and (3) "initiation." In addition, NOM claims that the definition of "expressly advocate" is unconstitutionally vague because it invites the use of context to determine the purpose of a communication.  The court upheld all of these terms, including reversing the district judge’s finding that “influencing” suffered from vagueness.  The panel considered state law, as it said it must, that had provided a limiting construction to the term.

NOM's argument flips the proper analysis on its head. The presumption here favors openness, and a court need make no finding, let alone one of "true necessity," in order to make the proceedings and documents in a civil trial public. Instead, it is the party seeking to keep documents sealed who must make a showing sufficient to overcome the presumption of public access.

There was only minimal reliance by the First Circuit on Doe v. Reed, the decision by the Supreme Court last year regarding disclosure of names on a petition in Washington state.  The panel noted that NOM did not contend that it would be subject to threats or harassment given its disclosure.  In the context of the request to have the trial record sealed, the court stated that "NOM's claims that its contractors and service-providers could be subject to harassment also lack support, resting upon allegations of harassment against a vendor that performed work for supporters of California's Proposition 8."  Clearly, this was insufficient.

Listed below are links to weblogs that reference First Circuit Rejects NOM's Challenges to Disclosure Laws: