Judge Sparks certified both a plaintiff class of medical providers and a defendant class of state actors, then proceeded to consider the plaintiffs' constitutional objections one by one.  In his 55 page opinion, Judge Sparks had little complimentary to say about the lawyering on both sides; indeed, he leveled sharp criticisms. 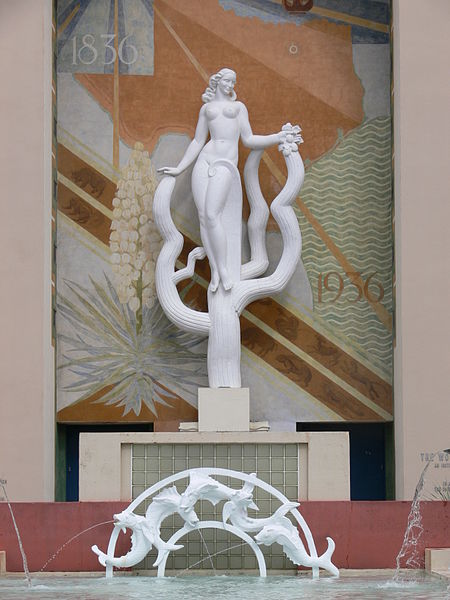 Judge Sparks also made clear his disapproval of the intent behind the Act that amended Texas' already restrictive abortion laws, stating in footnote 2:  "It is ironic that many of the same people who zealously defend the state’s righteous duty to become intimately involved in a woman’s decision to get an abortion are also positively scandalized at the government’s gross overreaching in the area of health care."  Yet this footnote was in the context of his rejection of Plaintiffs' equal protection arguments, which he found meritless: "In short, if the Texas Legislature wishes to prioritize an ideological agenda over the health and safety of women, the Equal Protection Clause does not prevent it from doing so under these circumstances."

Criticizing the "litany" of vagueness challenges by Plaintiffs and agreeing with the "Defendants’ characterization that 'plaintiffs have chosen to throw everything at the wall and hope something sticks,' ” Judge Sparks nevertheless found that three provisions of the Act were unconstitutionally vague:

In finding these sections unconstitutionally vague, Judge Sparks emphasized that the lack of clarity was balanced against the serious penalities, so that neither physicians nor women should have to trust Defendants’ representations about the meaning of the provisions or otherwise guess.

Most seriously, Judge Sparks found several provisions of the Act constitutionally infirm under the compelled speech doctrine of the First Amendment.  Sparks distinguished Planned Parenthood of Se. Pa. v. Casey, 505 U.S. 833 (1992), on which the Defendants largely relied, by noting that

the Pennsylvania statute in Casey simply required physicians to inform pregnant women about the risks of an abortion, the potential alternatives thereto, and the availability of additional informational materials related to those alternatives. By contrast, the Act under consideration here requires physicians to provide, in addition to those legitimate disclosures, additional information such as descriptions of “the presence of cardiac activity,” and “the presence of external members and internal organs” in the fetus or embryo. The Court does not think the disclosures required by the Act are particularly relevant to any compelling government interest, but whatever relevance they may have is greatly diminished by the disclosures already required under Texas law, which are more directly pertinent to those interests.

Judge Sparks also found troubling under compelled speech doctrine Section 171.012(a)(5) that requires a pregnant woman to complete and sign a specified election form that certifies her understanding of many of the Act’s various requirements.  "The Court need not belabor the obvious by explaining why, for instance, women who are pregnant as a result of sexual assault or incest may not wish to certify that fact in writing, particularly if they are too afraid of retaliation to even report the matter to police. There is no sufficiently powerful government interest to justify compelling speech of this sort, nor is the Act sufficiently tailored to advance such an interest."  Compounding this compelled speech was the section that required the patient's certification be placed in the woman's medical records and maintained by the facility for seven years - - - making it "difficult to avoid the troubling conclusion   the Texas Legislature either wants to permanently brand women who choose to get abortions, or views these certifications as potential evidence to be used against physicians and women."

The Judge gave the severability clause of the Act effect, although he also enjoined "enforcement of any portion of the Act that conflicts with any of the above relief. This includes, but is not limited to, any penalty provision of the Act or any other statute that would impose a penalty for a person acting in compliance with this opinion."

"The Court is bound to respect legislative intent, but not at the expense of the Constitution," Judge Sparks concluded.  Presumably, the preliminary injunction order will be appealed to the Fifth Circuit.

RR
[image: Exterior Sculpture from The Women's Museum of Texas, via]

Listed below are links to weblogs that reference Federal Judge Enjoins Portions of Texas Abortion Statute:

I find it ironic that male judges are put in the position of deciding a woman's right to choose. It also seems to be male legislators that are behind these types of legislative attempts to restrict a woman's right to choose. My hunch is that most of these males who seek to legislate what a woman can or cannot do with her body probably were raised in two-parent homes and never have had to experience what it's like to be an unwanted child. It's very easy to tell others how they ought to live their lives when you haven't had to walk in their shoes.

Dana Altman: "Your honor, your phallus preempts your judgment. You must recuse yourself."

A lecture about gender-bias that employs gender-bias. Talk about irony.

I guess we'll need a rolodex of judges just to squarely map the demographics of the presiding judge with that of the defendant or affected class.

Dana, with Michelle Bachman and Sarah Palin in the forefront of the politician scene in the last few years, suggesting only "male legislators" are behind this sort of law (we probably share the disdain for it) is a bit misplaced.

And, where does that really lead us? Can white judges deal with black or Hispanic litigants? Will women judges be able to handle male defendants, particularly those accused of crimes against women? Where is the stopping point there?

Anyway, Casey opened the way to this sort of law, that is, sending the signal that slanted legislation of this sort is legitimate, except when it isn't. And, the SC doesn't want to deal with the details. Let the lower courts deal with it -- after all, other than a few obscure cases (and a few protest related matters), the only thing they decided was two so-called 'partial birth' cases in the last twenty years.