The New York Same-Sex Marriage statute, which becomes effective July 24, contains a religious exemption, although not for town clerks as we've previously discussed.

But the Alliance Defense Fund has written a Memo to town clerks with the authority to issue marriage licenses entitled "Your Right to Request An Accommodation of Your Sincerely Held Religious Beliefs Concerning Issuance of Marriage Licenses to Same- Sex Couples."

The Memo does not rely on the statute, or on the First Amendment, but on Executive Law § 296, the Human Rights Law, which includes protection based upon religion. 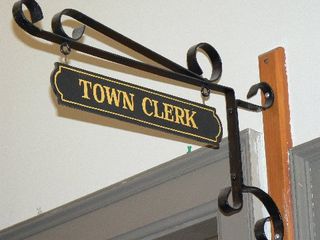 Section 10 provides: "It shall be an unlawful discriminatory practice for any employer, or an employee or agent thereof, to impose upon a person as a condition of obtaining or retaining employment, including opportunities for promotion, advancement or transfers, any terms or conditions that would require such person to violate or forego a sincerely held practice of his or her religion."

The example provided is observance of holy days.  In this case, the clerk would have to connect issuing a marriage license to a "sincerely held practice of his or her religion."  The law contains an exemption for the employer's undue hardship, which again is largely focused on time off for religious observance.

The law also has an exemption for religious institutions and organizations; they are allowed to discriminate on the basis if religion under the Human Rights Law.

The Alliance Defense Fund Memo includes a "sample letter" that a clerk could send to the mayor and city council requesting an accommodation.

Listed below are links to weblogs that reference Same-Sex Marriage in NY & the Religious Exemption: Alliance Defense Fund's Memo to Town Clerks:

The truth is many of our founding fathers were Christians, did read the bible, and most wouldn't approve of the course of action taken against religious expression in our country today. This is a worthy read for the Christian and secular skeptic alike.