The Forsyth County Board of Commissioners, an elected body that governs Forsyth County, North Carolina, begins each of its meetings with a prayer and the pledge of allegiance. 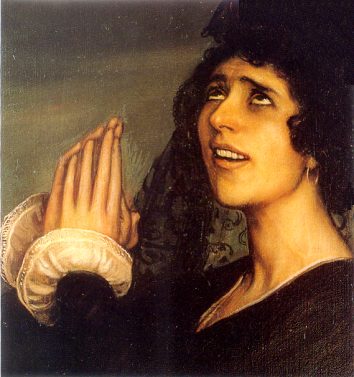 The practice in this situation, according to an opinion from the Fourth Circuit, violated the Establishment Clause of the First Amendment.  Affirming the district judge, who adopted a magistrate's findings, while the Board took "a hands-off approach to the actual content of the prayers," using clergy from a list, the actual prayers delivered frequently contained references to Jesus Christ, such as "We pray this all in the name under whom is all authority, the Lord Jesus Christ."  After some initial dispute, the Board attempted to clarify its policy, but still, almost four-fifths of the prayers referred to "Jesus," "Jesus Christ," "Christ," or "Savior," closing the prayer by mentioning Jesus.  According to the Fourth Circuit panel, "None of the prayers mentioned non-Christian deities."

The panel stated, "At its core, this is not a case about the Establishment Clause in general, but about legislative prayer in particular. This distinction is critical, for legislative prayer lies at the heart of two intersecting realities."

The first reality is that legislative prayer "is deeply embedded in the history and tradition of this country," and as such, has been upheld by the United States Supreme Court in  Marsh v. Chambers, 463 U.S. 783, 786 (1983).

The second reality is that legislative prayer risks offending the Establishment Clause precept that the government may not prefer one particular sect or creed over another.  Legislative prayer should be welcoming and inclusive and as nonsectarian as possible.

The frequent and repeated references to Christ, as well as to specific tenets of Christianity, including discussions of "Calvary," placed these practices over the line of what is permissible under the Establishment Clause.  While the Board's stated policy was permissible and neutral, the manner in which it was implemented was a different matter.  Importantly, as the panel noted, "citizens attending Board meetings hear the prayers, not the policy."

Circuit Judge Niemeyer wrote a lengthy and vigorous dissent, arguing that the majority reduces prayer to a "civil nicety," an accusation which the majority discussed in its opinion.  The dissenting judge found fault with the majority's attempt to "legislate" a "government censorship of religious expression" "based on the imprecise notion of nonsectarianism, bowing to political correctness or universal inoffensiveness.

While there is some dispute regarding the facts between the majority and the dissent - - - just how focused on Jesus were the prayers that were delivered? - - -precedent seems strongly weighted in favor of the majority's conclusion.