New York City passed Local Law 17 earlier this year, set to become effective tomorrow, July 14, 2011, based on its finding that some so-called

There was disagreement over the type of speech regulated by Local Law 17, and thus the level of scrutiny the court should apply.  The City argued that Local Law 17 regulated commercial speech, and moreover the law was aimed only at preventing deception and requiring purely factual disclosures.  The City characterized the pregnancy centers speech as commercial because (1) they advertise goods and services—e.g., diapers, clothing, counseling, pregnancy testing, and ultrasounds—that have commercial value; and (2) they receive something of value in return for those goods and services, namely, “the opportunity to advocate against abortion and either delay or prevent the decision to terminate a pregnancy.” 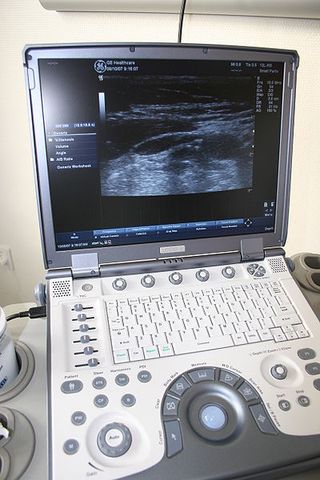 The judge found neither argument persuasive.  The judge reasoned that the pregnancy services centers do not act out of commercial motives, instead, their "missions and by extension their charitable work—are grounded in their opposition to abortion and emergency contraception," and while it may be true that increase their “fundraising prowess” by attracting clients, as the City suggested, they do not advertise “solely” for that purpose.  Rather, their "speech on reproductive rights concerns an issue prevalent in the public discourse," citing  Snyder v. Phelps, 131 S. Ct. 1207, 1215 (2011).

The judge therefore aplied strict scrutiny.  As to a compelling governmental interest, the judge essentially found this prong of the analysis unneccesary because of his conclusion regarding the lack of narrow tailoring.  However, the judge did write that he

recognizes that the prevention of deception related to reproductive health care is of paramount importance. Lack of transparency and delay in prenatal care can gravely impact a woman’s health. [citation omitted].  Unlicensed ultrasound technicians operating in pseudo-medical settings can spawn significant harms to pregnant, at-risk women who believe they are receiving medical care. Plaintiffs’ categorical denial of the existence of any such deception—and refusal to acknowledge the potential misleading nature of certain conduct—feigns ignorance of the obvious.

The judge found that the disclosure requirements were "over-inclusive": the advertisement need not be deceptive for Local Law 17 to apply, any advertisement offering pregnancy related services had to include disclosures regarding the (non)availaibility of medical personnel.  The judge also noted that the City had other avenues to achieve its purpose other than mandating disclosure by the pregnancy centers themselves: the City controls the right-of-way and could erect a sign on public property outside each pregnancy service center encouraging pregnant women to consult with a licensed medical provider; the  City is also perfectly capable of conveying its message through a public service advertising campaign; the City could prosecute those centers that have engaged in deceptive practices.  Additionally,

this Court notes that the City could impose licensing  requirements on ultrasound technicians (or lobby the New York State legislature to impose state licensing requirements). Of all of the services provided by Plaintiffs, ultrasounds are the most potentially deceptive: a woman visiting a facility that perfonns and/or interprets ultrasounds could reasonably form the impression that she has received medical treatment. However, by permitting ultrasound examinations to be performed only by licensed professionals, the City could regulate the manner in which those examinations are conducted and curb any manipulative use. Such licensing schemes are not unprecedented; two states already require ultrasounds to be performed by a licensed professional. N.M. Stat, Anno. §S 61-14E-l to 14E-12; Or. Rev. Stat. § 688.405, 688.415.

Indeed, the fact that the persons who staff the pregnancy service centers are not "professionals," led the judge to conclude that their speech is not "professional speech" that could be more easily regulated.

Finally, Local Law 17's definition of a “pregnancy services center” that has the “appearance of a licensed medical facility” (and would therefore have to disclose it was not),  was unconstitutionally vague.  While Local Law enumerates factors, the "fundamental flaw is that its enumerated factors are only “among” those to be considered by the Commissioner in determining whether a facility has the appearanceof a licensed medical center."  This is especially problematic for the judge given "the fact that Local Law 17 relates to the provision of emergency contraception and abortion—among the most controversial issues in our public discourse—the risk of discriminatory enforcement is high."

It sounds like Local Law 17 needs to have more legal parameters set into place. Doing so will ensure that the operators of the prenancy centers know exactly what they are and are not legally authorized to do.