In Criminal Law courses throughout the common law world, students learn that a criminal law offense generally requires an actus reus and a mens rea, an act and an intent.  In 2002, however, the Florida legislature amended its Drug Abuse Prevention and Control Law, Fla. Stat. §893.101, to seriously curtail the mens rea requirement for drug crimes.

Judge Scriven found that although a government may fashion some criminal laws that do not have a mens rea requirement, this ability is limited by the constitutional contraints of the due process clause. The judge credited the amicus brief filed by Amici Curiae that included 38 law professors (and listed the signatories in footnote 7) that elimination of mens rea is "atavistic and repugnant to the common law."

The judge applied the tripartite analysis for evaluating strict liability crimes by considering the penalty imposed; the stigma associated with conviction; and the type of conduct purportedly regulated.  On the first prong, the judge found that sentences of fifteen years, thirty years, and life imprisonment under the Florida Statute are too severe to pass constitutional muster.  On the second prong, the judge concluded that a felony conviction certainly carries a stigma, especially given felony disenfranchisement, exclusion from juries, gun licenses, and student loan assistance.  Regarding the last prong considering the type of conduct regulated, the judge noted that without knowledge of the substance one possessed, one could be engaging in behavior that would be innocuous.

This last point is the most difficult to grasp.  Judge Scriven provided this analysis: 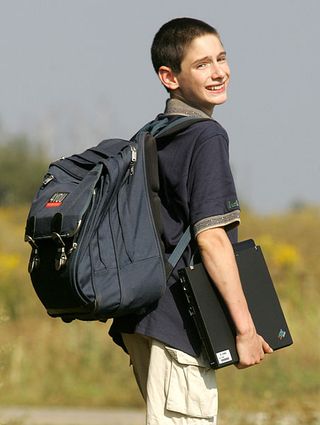 the State argues that FLA. STAT. § 893.13 does not regulate innocuous conduct since “the possession of cocaine is never legal,” and the imposition of harsh penalties without proof of mens rea is simply a risk drug dealers undertake for selling or delivering cocaine. (Id. at 18) By this assertion, the State confirms Professor Sanford H. Kadish’s hypothesis that the basis for strict liability crimes is often simply a backhanded retort - - “tough luck” to those who engage in criminal activity. Sanford H. Kadish, Excusing Crime, 75 Cal. L. Rev. 257, 267-68 (1987).

But, in this suggestion, the State ignores that Florida’s statute is not a “drug dealer beware” statute but a “citizen beware statute.” Consider the student in whose book bag a classmate hastily stashes his drugs to avoid imminent detection. The bag is then given to another for safekeeping. Caught in the act, the hapless victim is guilty based upon the only two elements of the statute: delivery (actual, constructive, or attempted) and the illicit nature of the substance. See FLA. STAT. §§ 893.02(6), 893.13(1)(a). The victim would be faced with the Hobson’s choice of pleading guilty or going to trial where he is presumed guilty because he is in fact guilty of the two elements. He must then prove his innocence for lack of knowledge against the permissive presumption the statute imposes that he does in fact have guilty knowledge.

The judge noted that the Florida Statute is unique amongst all the drug laws in the United States.  Now, it has been declared unconstitutional.

can you post the amicus brief? thanks for the info

Amicus Brief posted above as update