The acquittal of Casey Anthony on all felony charges connected to the death of her daughter, Caylee Anthony, has sparked a movement for a federal law that would make the mother's failure to report her daughter missing a felony. 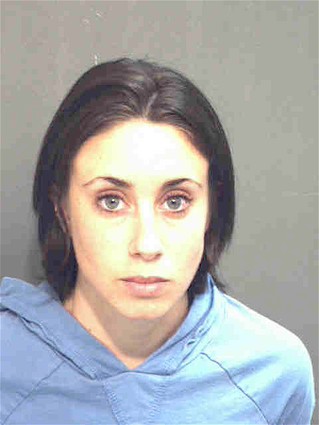 that a new law be put into effect making it a felony for a parent, legal guardian, or caretaker to not notify law enforcement of the death of their child, accidental or otherwise, within 1 hour of said death being discovered. This way there will be no more cases like Casey Anthony's in the courts, and no more innocent children will have to go without justice.

Also, make it a felony for a parent, legal guardian, or caretaker to not notify law enforcement of the disappearance of a child within 24 hours, so proper steps can be taken to find that child before it's too late.

The petition does not state a constitutional ground for Congress to exercise the power of enacting a general law.  As Constitutional Law students know, Congress must have a specific and enumerated power in order to enact legislation.  Generally, criminal laws are within the province of the states.  However, Congress does enact many criminal laws under the commerce clause power of the Constitution, Article I, section 8, clause 3.

In United States v. Lopez, 514 US 549 (1995), a case involving the criminalization of gun possession in "school zones," the Court declared that the commerce clause power was limited to:

The Court found that the federal statute in Lopez was certainly not within the first two possibilities (there was no jurisdictional requirement, for example, that the gun had traveled in interstate commerce) and moreover did not include an activity that "substantially affected" interstate commerce.

If possession of an article of commerce such as a gun was insufficient to support a commerce clause power in Lopez, it is difficult to see how a parent's failure to report a missing child to local police authories would "substantially affect" commerce.

A "jurisdictional hook," such as crossing state lines, would not have encompassed the actions of Florida resident Casey Anthony (pictured above via).

Listed below are links to weblogs that reference Caylee's Law Proposal for Federal Statute: Constitutional Power?:

Silly question, but isn't this a "self-incrimination" issue? The only people who would likely not report their child missing or dead is someone who fears they may be implicated in foul play of some sort... whether through negligence or intent, this wreaks of being forced to incriminate yourself under penalty of law...

What is the difference constitutionally between this proposed law and Amber's Law?

An important difference between Amber's "law" - - -the "amber alert" system - - - and the federal proposed Caylee law is the criminal aspect. The Amber program has federal guidelines for states to implement if the states want to be included in the nationwide FBI system, but states generally have control. Moreover, there is no federal criminal sanction. (I believe there are sanctions in some states for fraud?).