The en banc court has held that school discipline of the students in both cases violated the First Amendment.

Both controversies involve students who, while off school premises, used a social networking site - - - myspace.com - - - to malign their principals by creating false profiles.  Both students were suspended and brought First Amendment challenges.  In JS, 593 F.3d 286 (3d Cir. 2010), the Third Circuit panel had seemed quite worried about the potential for disruption  and was “sufficiently persuaded that the [my space] profile presented a reasonable possibility of a future disruption, which was preempted only by [the principal’s ] expeditious investigation of the profile, which secured its quick removal, and his swift punishment of its creators.”  The panel upheld the school action against the middle school student.  On the other hand, in Layshock, 593 F.3d 249 (3d Cir. 2010), which involved a high school student, the district judge had found there was no nexus between the profile of the principal and any school disruption; the school district did not appeal that portion of the ruling.

As we noted last year, it seemed that the two cases could both be affirmed only if the en banc court engaged in tortuous reasoning.  Instead, the en banc court applied the same principle in both cases - - - the out-of-school speech was protected by the First Amendment. 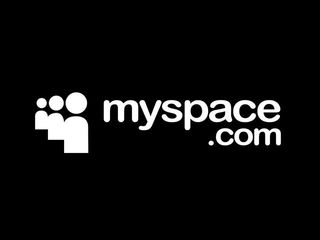 Thus, the en banc court reversed the decision in J.S.:  "Because J.S. was suspended from school for speech that indisputably caused no substantial disruption in school and that could not reasonably have led school officials to forecast substantial disruption in school, the School District’s actions violated J.S.’s First Amendment free speech rights."  The en banc opinion carefully considered the substantial disruption requirement of Tinker v. Des Moines Indep. Cmty. Sch. Dist., 393 U.S. 503(1969), found that it was not met, and that any exeception under Bethel School District v. Fraser, 478 U.S. 675 (1986) was not applicable.

This opinion, joined by eight judges, occupies the middle ground.  Five judges concurred with the judgment, but would have held that out of school speech cannot constitutionally be subject to school discipline: "the First Amendment protects students engaging in off-campus speech to the same extent it protects speech by citizens in the community at large."

Six judges dissented, arguing that the decision "severely undermines schools' authority to regulate students who “materially and substantially disrupt the work and discipline of the school,” citing Tinker.  The dissent agreed "with the majority‟s apparent adoption of the rule that off-campus student speech can rise to the level of a substantial disruption," it disagreed "with the Court's application of that rule to the facts of this case," and accused the majority of misconstruing the facts.

The en banc decision in Layshock, affirming the panel, is substantially less divisive.  There is no dissenting opinion, and only two judges - - - Jordan and Vanaskie, both of whom were dissenting in J.S. - - - write separately to concur.  The point of their concurrence is explicitly stated:

Our Court today issues en banc decisions in two cases with similar fact patterns. In both the case presently before us and in J.S. v. Blue Mountain School District, No. 08-4138, we are asked whether school administrators can, consistent with the First Amendment, discipline students for speech that occurs off campus. Unlike the fractured decision in J.S., we have reached a united resolution in this case, but there remains an issue of high importance on which we are evidently not agreed and which I note now, lest there be any misperception that it has been resolved by either J.S. or our decision here. The issue is whether the Supreme Court‟s decision in Tinker v. Des Moines Independent Community School Dist., 393 U.S. 503 (1969), can be applicable to off-campus speech. I believe it can, and no ruling coming out today is to the contrary.

Despite this minority view that there is some room for school officials to discipline students for out-of-school speech without violating the students' First Amendment rights, it most likely would have to be a fairly extreme case that would warrant school discipline for out of school speech.   Myspace - - - or facebook - - - antics that insult principals do not seem sufficiently extreme.

Listed below are links to weblogs that reference Third Circuit En Banc, The Schoolhouse Gates, My Space, and the First Amendment: Opinions :

The Third Circuit apparently believes (hopefully correctly) that Tinker is stilll the guiding principle in school speech cases. Perhaps that strengthens the view that Morse v Frederick is simply a drug case.

The drug exception to the First Amendment?