Can California restrict the sales of the violent video games to minors?  No - - - not according to the opinion of the the United States Supreme Court in Brown v. Entertainment Merchants Association.

In a nutshell, the Court held that video games qualify as speech entitled to First Amendment protection.  The California statute sought to restrict this speech based on its content - - - violence - - - and must therefore be subject to strict scrutiny: the state of California must have a "compelling" governmental interest and its means chosen (restricting the sale to minors) must be narrowly tailored to serve that interest.  The Court, in an opinion by Justice Scalia, rejects psychological studies showing a link between violent games and harm, so California does not demonstrate a sufficiently compelling interest.  Moreover, singling out video games, when cartoons can also be violent, for example, is not sufficiently narrow.  Not only that, but some parents would not disapprove of violent games, and those who do can be guided by the voluntary rating system.

The Court affirmed the Ninth Circuit ruling.  Scalia's opinion for the Court, joined by Justices Kennedy, 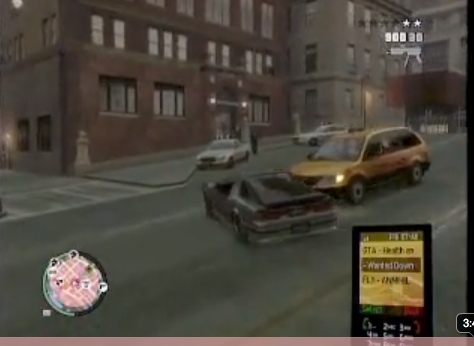 California’s legislation straddles the fence between (1) addressing a serious social problem and (2) helping concerned parents control their children. Both ends are legitimate, but when they affect First Amendment rights they must be pursued by means that are neither seriously underinclusive nor seriously overinclusive.[citation omitted]  As a means of protecting children from portrayals of violence, the legislation is seriously underinclusive, not only because it excludes portrayals other than video games, but also because it permits a parental or avuncular veto. And as a means of assisting concerned parents it is seriously overinclusive because it abridges the First Amendment rights of young people whose parents (and aunts and uncles) think violent video games are a harm-less pastime. And the overbreadth in achieving one goal is not cured by the underbreadth in achieving the other. Legislation such as this, which is neither fish nor fowl, cannot survive strict scrutiny.

As we predicted, the choice of doctrine here was similar to the choice the Court faced in United States v. Stevens, the "crush porn" case, in which the Court declined to carve out a new category of unprotected or lesser-protected speech for crush videos (depicting cruelty to animals) because they were "historically unprotected" and did not otherwise fit neatly into an established category.  So too, violent video games. Thus, as anticipated, the Court applied strict scrutiny to what it deemed a content-based restriction and examined the link between violent video games and physical and psychological harm to minors, a link that the Ninth Circuit also ruled California failed to establish.

Justice Alito, concurring and joined by CJ Roberts disagreed with the California legislators but gestured toward more deference toward state legislation, especially in light of technological changes.  Alito disagrees that "all literature is interactive" and provides an example:

But only an extraordinar-ily imaginative reader who reads a description of a killing in a literary work will experience that event as vividly as he might if he played the role of the killer in a video game. To take an example, think of a person who reads the passage in Crime and Punishment in which Raskolnikov kills the old pawn broker with an axe. See F. Dostoyevsky, Crime and Punishment 78 (Modern Library ed. 1950). Compare that reader with a video-game player who creates an avatar that bears his own image; who sees a realistic image of the victim and the scene of the killing in high definition and in three dimensions; who is forced to decide whether or not to kill the victim and decides to do so; who then pretends to grasp an axe, to raise it above the head of the victim, and then to bring it down; who hearsthe thud of the axe hitting her head and her cry of pain; who sees her split skull and feels the sensation of blood on his face and hands. For most people, the two experiences will not be the same.

Dissenting, Justice Thomas invokes an originalist understanding of the First Amendment - - - not with regard to video games, but with regards to the nonexistence of the rights of free speech for minors: "The practices and beliefs of the founding generation establish that “the freedom of speech,” as originally understood, does not include a right to speak to minors (or a right of minors to access speech) without going through the minors’ parents or guardians."

Also dissenting, but taking quite a different view, is Justice Breyer.  Breyer emphasizes the protection of minors rationale for the California statute, and analogizes it to protection of children from pornography, which the Court has upheld.  Ginsberg v. New York, 390 U. S. 629 (1968).  Breyer's opinion is also notable for its two appendixes: bibliographies "listing peer-reviewed academic journal articles on the topic of psychological harm resulting from playing violent video games," assembled with the "assistance of the Supreme Court Library."  Breyer concludes that there is substantial - - - though controverted - - - evidence that minors can experience psychological harm from violent video games.  The California legislature, Breyer would hold, should be able to act upon such findings.

[image: screenshot from Grand Theft Auto 4 via; one of the ten most violent video games via].