In a highly anticipated event, this evening the New York State Senate debated and passed "The Marriage Equality Act," 33-29, with religious exemption provisions. 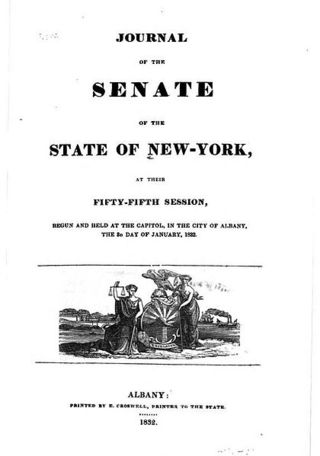 The Act provides in part:

Section 1. This act shall be known and may be cited as  the  "Marriage Equality Act".

couples  should  have the same access as others to the protections ;responsibilities, rights, obligations, and benefits of civil  marriage. Stable  family  relationships  help  build  a  stronger society. For the welfare of the community and in fairness to all New  Yorkers,  this  act formally  recognizes otherwise-valid marriages without regard to whether the parties are of the same or different sex. It is the intent of the legislature that the marriages of same-sex and different-sex couples be treated equally in all respects under the  law. The  omission  from this act of changes to other provisions of law shall not  be  construed  as  a  legislative  intent  to  preserve  any  legal distinction  between  same-sex  couples  and  different-sex couples with respect to marriage. The legislature intends that all provisions of  law which  utilize  gender-specific  terms  in reference to the parties to a marriage, or which in any other way may be inconsistent with  this  act be  construed  in  a  gender-neutral  manner  or in any way necessary to effectuate the intent of this act.

S  3. The domestic relations law is amended by adding two new sections 10-a and 10-b:

1. A marriage that is otherwise valid shall be valid regardless of whether the parties to the marriage are  of the same or different sex.

2.  No  government  treatment or legal status, effect, right, benefit, privilege, protection or responsibility relating  to  marriage,  whether deriving  from  statute,  administrative  or  court rule, public policy common law or any other source of law, shall differ based on the parties the marriage being or having been of  the  same  sex  rather  than  a different  sex.  When necessary to implement the rights and responsibilities of spouses under the law, all gender-specific  language  or  terms shall  be  construed  in  a gender-neutral manner in all such sources of law.

The bill passed by a narrow margin in the Republican-controlled Senate.  Senator Steven Saland was one of the deciding votes and his statement is here. Governor Cuomo, who actively supported the bill, is expected to sign it. [update: Cuomo signed bill].  New York will then become the sixth state in the United States that currently recognizes same-sex marriage as a legal relationship.  New York would join Massachusetts, Connecticut, Vermont, New Hampshire, and Iowa, as well as the District of Columbia.  California and Maine had legal same-sex marriage for a limited time; California's Proposition 8 limiting marriage to opposite sex couples was declared unconstitutional by a federal judge, but that ruling was stayed and the case is presently on appeal.

The religious exemption is repackaged discrimination.