[Update: Judge Carlos Murguia issued a preliminary injunction from the bench on July 1, 2011]. 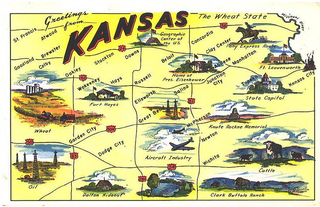 Some would categorize it as a TRAP law - - - a Targeted Regulation of Abortion Providers law - - - but almost everyone agrees that the law is part of a sustained effort in Kansas to eliminate abortion services in the state.  The law mandates specific licensing requirements, including miles from hospital, gender of physician or observer, and medication to be taken in the presence of physician.  The law provided for Temporary Regulations to be issued.

A complaint has been filed on behalf of two physicians represented by the Center for Reproductive Rights in federal court.  The complaint alleges the law and the regulations are unconstitutional as

The complaint seeks a preliminary injunction; no date has been set for the hearing.

Listed below are links to weblogs that reference Kansas Abortion Law (SB 36) Challenged in Federal Court: