Indiana has joined several other states, most notably Arizona, in passing statutes intended to regulate immigration.  The Indiana statute, SEA 590 set to become effective July 1, has been partially enjoined by a federal district judge in a 39 page Order

The judge enjoined both provisions challenged by plaintiffs:

The opinion considers standing issues, as well at the standards for preliminary injunction, but found both sections 19 and 18 unconstitutional and enjoined their enforcement.

As to section 19, the judge found it troubling under both pre-emption and Fourth Amendment principles.  On pre-emption, the judge stated that :

Clearly, it is not the intent or purpose of federal immigration policy to arrest individuals merely because they have at some point had contact with an administrative agency about an immigration matter and received notice to that effect. Authorizing an arrest for nothing more than the receipt of an administrative notification plainly interferes with the federal government’s purpose of keeping those involved in immigration matters apprised of the status of their cases, but not arresting them.

As to the Fourth Amendment issue, the judge noted that the State conceded that "nothing under Indiana 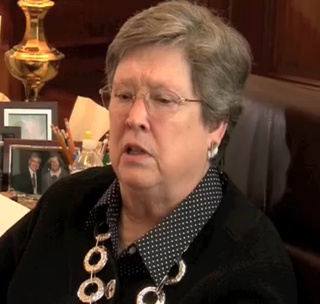 law makes criminal the receipt of a removal order, a notice of action or detainer, or a person’s having been indicted for or convicted of an aggravated felony."   Section 19 expressly provides that state and local enforcement officers 'may arrest' individuals for conduct that all parties stipulate and agree is not criminal."   While the State argued that the statute would only be enforced in circumstances in which the officer had a "separate, lawful reason for the arrest," the judge found that construction "fanciful" and would " in effect, read the statute out of existence."  The judge thus found the statute violative of the Fourth Amendment.

On section 18, the judge similarly considered pre-emption, but also an equal protection and due process challenge.   On pre-emption, the treaty power was also implicated, and planitiffs argued that the provision interferes with rights bestowed on foreign nations by treaty as well as with the federal government’s responsibilities for the conduct of foreign relations.  The State rejoined that the statute does not directly conflict with any treaty nor does it impede the federal government’s ability to manage foreign affairs, because Section 18 is merely an "internal regulation outlining acceptable forms of identification within the State of Indiana that does not single out or conflict with any identifiable immigration policy or regulation."  The judge reasoned that the provision targeted "only one form of identification – CIDs issued by foreign governments" and moreover, regulated CIDs "in the broadest possible terms, restricting not just what state agencies may accept as valid identification but prohibiting what identification may be shown and accepted for purely private transactions."   With regard to equal protection, the judge cited United States Dep’t of Agriculture v. Moreno, 413 U.S. 528, 534 (1973), noting that this "targeting" was a "bare desire to harm a politically unpopular group."  Thus, the judge found this provision unconstitutional as well.

The District Court Judge, Sarah Evans Parker (pictured above) was appointed to the bench by president Ronald Regan in 1984; an interesting profile of the judge, with video interviews, appeared earlier this year from Indiana Business Journal.

Listed below are links to weblogs that reference Indiana Immigration Law (SEA 590) Enjoined by Federal Judge: