As expected from the oral argument in April, the Court's opinion today in IMS v. Sorrell finds Vermont's statute prohibiting the practices that allow pharmaceutical detailing to be unconstitutional. 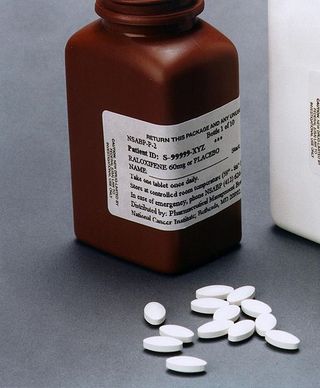 Justice Kennedy, writing for the Court and joined by five other Justices, found the Vermont statute not to be a commercial speech regulation.  Instead, the Court applied heightened scrutiny because:

On its face, Vermont’s law enacts content- and speaker-based restrictions on the sale, disclosure, and use of prescriber-identifying information. The provision first forbids sale subject to exceptions based in large part on the content of a purchaser’s speech. For example, those who wish to engage in certain “educational communications,” may purchase the information. The measure then bars any disclosure when recipient speakers will use the information for marketing. Finally, the provision’s second sentence prohibits pharmaceutical manufacturers from using the information for marketing. The statute thus disfavors marketing, that is, speech with a particular content. More than that, the statute disfavors specific speakers, namely pharmaceutical manufacturers. As a result of these content- and speaker-based rules, detailers cannot obtain prescriber-identifying information, even though the information may be purchased or acquired by other speakers with diverse purposes and viewpoints.

Opinion at 8.  The Court rejects the commercial speech doctrine because the Vermont statute "does not simply have an effect on speech, but is directed at certain content and is aimed at particular speakers."  Kennedy then provides a rhetorical flourish:

Opinion at 12.  The Court also rejects the argument that datamining of information is not speech.  While in a usual case, "it is all but dispositive to conclude that a law is content-based and, in practice, viewpoint-discriminatory," the Court nevertheless spends several pages discussing and rejecting the arguments of Vermont regarding its interests and the means chosen.  The opinion does provide a glimpse of possible responses by states wishing to curb pharmaceutical company practices while respecting "privacy" and the First Amendment:

The capacity of technology to find and publish personal information, including records required by the government, presents serious and unresolved issues with respect to personal privacy and the dignity it seeks to secure. In considering how to protect those interests, however, the State cannot engage in content-based discrimination to advance its own side of a debate. If Vermont’s statute provided that prescriber-identifying information could not be sold or disclosed except in narrow circumstances then the State might have a stronger position. Here, however, the State gives possessors of the information broad discretion and wide latitude in disclosing the information, while at the same time restricting the information’s use by some speakers and for some purposes, even while the State itself can use the information to counter the speech it seeks to suppress. Privacy is a concept too integral to the person and a right too essential to freedom to allow its manipulation to support just those ideas the government prefers.

In dissent, Justice Breyer, joined by Justices Ginsburg and Kagan, argues that the Vermont statute regulates commercial speech.  It should have therefore been evaluated under Central Hudson Gas & Elec. Corp. v. Public Serv. Comm’n of N. Y., 447 U. S. 557 (1980).  Under that standard, the statute survives the “intermediate” First Amendment test that allows government laws to significantly restrict speech, as long as they also “directly advance” a “substantial” government interest that could not “be served as well by a more limited restriction.”