Fleeting Expletives Going Back to the United States Supreme Court

Among the eleven cases that the Court granted certiorari on today, the last day of the 2010 term, is FCC v. Fox Television Stations. 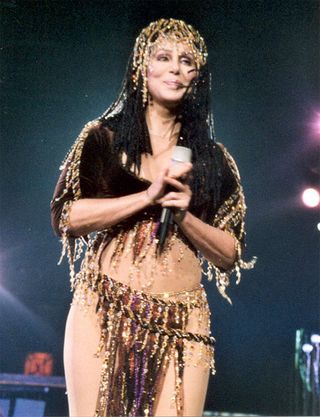 Those experiencing a strong sense of deja-vu may be forgiven, for this is indeed the "same case" that the Court heard in 2009: FCC v. Fox Television Stations, Inc., 129 S. Ct. 1800 (2009).  The Court considered the administrative issues surrounding the FCC's rules, including whether the fleeting expletive rule was "arbitrary and capricious."

On remand, the Second Circuit panel held that the "fleeting expletives" policy violated the First Amendment and was unconstitutionally vague. As we discussed, the opinion squarely presented the constitutional issues for review by the Supreme Court.

In seeking certiorari, the government argued that the Second Circuit decision conflicted with decisions from other circuits.

One of the incidents that has caused so much litigation is the broadcast by Fox of the 2002 Billboard Music Awards, during which Cher (pictured left via) received an "Artist Achievement Award," and said,  "I’ve had great people to work with. Oh, yeah, you know what? I’ve also had critics for the last 40 years saying that I was on my way out every year. Right. So f*** ’em. I still have a job and they don’t."

Listed below are links to weblogs that reference Fleeting Expletives Going Back to the United States Supreme Court: