San Francisco's ballot process this November will include a provision that would ban male circumcision.

The actual provision, changed by the city attorney to the title of "male circumcision," was entitled "Prohibition of genital cutting of male minors," and provides, that with an exception, "it is unlawful to circumcise, excise, cut, or mutilate the whole or any part of the foreskin, testicles, or penis of another person who has not attained the age of 18 years."  The ordinance would make it a criminal misdemeanor. 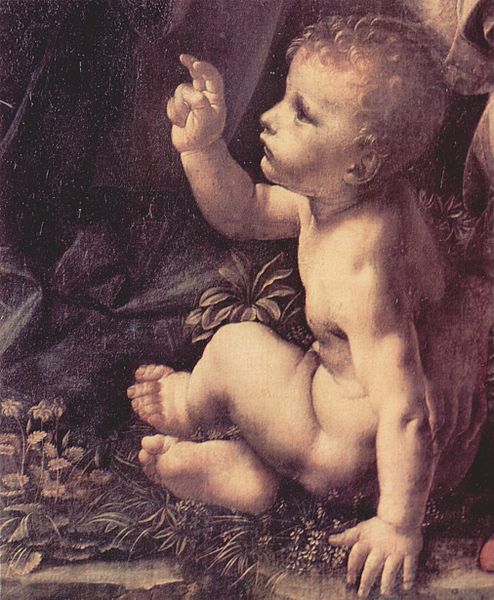 Interestingly, the exception is limited to circumstances when it is  "necessary to the physical health of the person on whom it is performed because of a clear, compelling, and immediate medical need with no less-destructive alternative treatment available, and is performed by a person licensed in the place of its performance as a medical practitioner."   And even more interestingly, the exception to the exception specific excludes religious exemptions:  "no account shall be taken of the effect on the person on whom the operation is to be performed of any belief on the part of that or any other person that the operation is required as a matter of custom or ritual."

The analogies to female genital mutilation/ female circumsicion are obvious, including the religious rationales.  Yet male circumcision has attracted less scholarly attention.  Marie Fox and Michael Thomson, British legal scholars, have written about the practice as a matter of children's rghts in two legal essays: Short Changed?: The Law and Ethics of Male Circumcision, 13 Int'l J. Child. Rts. 157 (2005); Cutting It: Surgical Interventions And The Sexing Of Children, 12 Cardozo J.L. & Gender 81 (2005).

Conceptualized as the child's right to be free from harm, the First Amendment religious freedom arguments become less persuasive.  However, in an opinion column, Brad Hirschfield essentially argues that the proposed prohibition is rooted in hostility to religion:

... but the fact that those seeking to ban circumcision don’t also pursue banning other medical procedures which parents elect to have performed because they believe it to be the right thing for their kids, indicates that the whole fight about circumcision is really just an expression of the opponents’ hostility to religion in general, or to the notion that parents have a legitimate right to make decisions which shape their kids’ futures because that too is a part of parenting.

The proposal may be unlikely to pass, but if it does, it is sure to face a constitutional challenge based on the Free Exercise Clause of the First Amendment.  The arguments will surely rely on well-known cases involving the parental right to make religious decisions on behalf of their children, although the cases point in different directions.  In  Prince v. Massachusetts (1942), the Court upheld Prince's conviction of state child labor laws for allowing a child in her care to distribute Jehovah's Witness' literature:

Parents may be free to become martyrs themselves. But it does not follow they are free, in identical circumstances, to make martyrs of their children before they have reached the age of full and legal discretion when they can make that choice for themselves.

Prince, however, is contrasted with Wisconsin v. Yoder (1972) in which the Court found that the Amish need not comply with complusory education laws given specific Amish beliefs.  The uniqueness of the Amish views on compulsory education after the eighth grade is also a contrast with male circumcision;  although less popular than it once was, it is still widely practiced by a number of religions including Judaism and Islam, as well as for nonreligious reasons.

Additionally, the challengers will most likely rely upon Church of Lukimi Babalu Aye v. City of Hialeah (1993) to argue that the law is not a neutral law of general applicability, and thus should be subject to the strictest scrutiny as targeting a particular religion as Hialeah, Florida targeted the practice of Santeria.  Yet again, the fact that male circumcision is more widely practiced by a number of religions may be a point of distinction.

RR
[image from Leonardo daVinci via]

Thank you for this piece. It is especially interesting that you cite Fox and Thompson, because non-religious circumcision is almost unknown in the UK, and the assumption of circumcision as a cultural norm seems to be endemic in the US, creating a pervasive but unconscious bias towards the practice, even within the judiciary.

You may also find in re J. (http://www.circumstitions.com/J.html, based on http://www.cirp.org/library/legal/Re_J/) of interest, where a couple disagreed, and Wall J ruled that the child should not be ritually circumcised, setting a precedent for the consent of both parents to be a requirement. Wall J also put at issue all the medical claims for non-therapeutic circumcision.

In Boldt v Boldt, the custodial father was eventually not allowed to have his son ritually circumcised contrary to his estranged wife's wish, but perhaps only because the boy had reached the age of 14 and could be asked what HE wanted. When an operation is reductive, irrevocable and not medically necessary, why should this not always be the case?

Hirschfield's point is tendentious. There is always something else. (Abortion is a ubiguitous distraction of the online opponents.) This proposal has nothing to do with religion. It will actually safeguard the child's First Amendment rights, when he is old enough to exercise them. Sikhism, for example, should he choose to embrace it, honours the intact body as "a sign of acceptance of the Creator's gift", restricting even cutting of one's hair. (I do not think Sikhism would exclude a circumcised convert, but a religion that did is not unthinkable. The Catholic Church will not admit castrati as priests.)

The bill is in fact rooted in the hostility to circumcision of men who resent that it was done to them and want to protect their fellow males from it. A regligious exemption would reduce the cirumcision rate by 97% but undermine the Bill's claim to be based on universal human rights.

"The 'religious hostility' argument falls completely flat: in the United States, the vast majority of non-medically necessary circumcisions are done in deference to secular culture and not religious doctrine."

The argument hardly falls flat at all, and in fact reveals where its drafters' intentions lay. Religious hostilty would be more difficult to prove were the law one that simply balanced the child's right not to be subject to needless and permanent medical procedures against the stated reasons for performing circumsion. The law goes further however, establishing that the beliefs of others (presumably the parents or guardians) is to be of "no account" whatsoever. Depending on the circumstances, the new law could find a medical excuse to be acceptable, but a religious excuse will never be acceptable.