In a succinct Opinion authored by Chief Judge Easterbrook in Freedom From Religion Foundation v. Obama, the Seventh Circuit has held that the organization does not have standing to challenge the Presidential Proclamation of a National Day of Prayer.  The Opinion's appendix notably includes Obama's Proclamation as Appendix B and a Proclamation by George Washington as Appendix A. 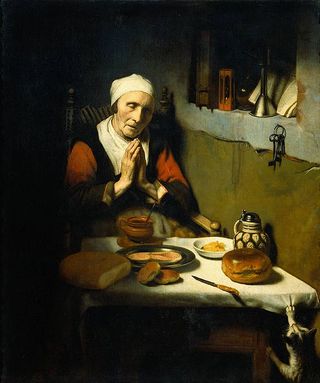 Reversing the lower court, the Seventh Circuit did not find sufficient injury to confer standing:

Plaintiffs contend that they are injured because they feel excluded, or made unwelcome, when the President asks them to engage in a religious observance that is contrary to their own principles. It is difficult to see how any reader of the 2010 proclamation would feel excluded or unwelcome. Here again is the proclamation’s only sentence that explicitly requests citizens to pray: “I call upon the citizens of our Nation to pray, or otherwise give thanks, in accordance with their own faiths and consciences, for our many freedoms and blessings, and I invite all people of faith to join me in asking for God’s continued guidance, grace, and protection as we meet the challenges before us.” But let us suppose that plaintiffs nonetheless feel slighted. Still, hurt feelings differ from legal injury. The “value interests of concerned bystanders” (United States v. SCRAP, 412 U.S. 669, 687 (1973)) do not support standing to sue.

If this means that no one has standing, that does not change the outcome.

Judge Williams wrote separately to concur but express some concerns with the "majority's reasoning and the uncertainty of the Supreme Court's precedent."   Specifically, Judge Williams rejects the majority's reliance on Elk Grove Unified School District v. Newdow, 542 U.S. 1 (2004), a challenge to the "under God" phrase in the Pledge of Allegiance, by a noncustodial father.  As Williams notes, it was Newdow's custodial status and not the "feelings of exclusion" that foreclosed Newdow's standing.  Additionally, Williams contends:

The Court simply has not been clear as to what distinguishes the psychological injury produced by conduct with which one disagrees from an injury that suffices to give rise to an injury-in-fact in Establishment Clause cases. As the Ninth Circuit recently noted, the Court has
decided cases in many contexts where the plaintiffs claimed that they were hurt by exposure to unwelcome religious messages from the government, including cases involving a creche in a county courthouse, a creche in a public park, the Ten Commandments displayed on the grounds of a state capitol, the Ten Commandments displayed at a courthouse, a cross displayed in a national park, prayer in a football game, school prayer, a moment of silence at school, Bible reading at a public school, and a religious invocation at graduation. [citation omitted].  In all of those cases, the Court treated standing as sufficient, even though it appears that nothing was affected but the religious or irreligious sentiments of the plaintiffs.  “To ignore the import of those cases for the standing analysis, one would have to believe the Supreme Court repeatedly overlooked a major standing problem and decided a plethora of highly controversial cases unnecessarily and inappropriately.

Judge Williams continues by noting that "as recently as last week, the Court stated in Arizona Christian School Tuition Organization v. Winn that even though it had decided a number of Establishment Clause cases on the merits that appeared to be in tension with its decision to find no standing in the case before it, those cases were not dispositive because they did not address the threshold standing question."

In Hein v. Freedom from Religion Foundation decided in 2007 by the Supreme Court, the organization was similarly denied standing in its suit against faith-based funding.

[image: Old Woman in Prayer by Nicholas Maes circa 1656  via]

Listed below are links to weblogs that reference Seventh Circuit Rules No Standing to Challenge Presidential National Day of Prayer Proclamation: