The Court issued its 5-4 opinion in Arizona Christian School Tuition Organization v. Winn, reversing the Ninth Circuit's finding that the Arizona statute violated the Establishment Clause by holding that the challengers lacked standing.

In his concurring opinion, Justice Scalia identifies the "struggle" between the majority and dissent as being whether the challenge to the Arizona tuition tax credit falls within the narrow exception of Flast v. Cohen, 392 U.S. 83 (1968).  For Scalia (joined by Thomas), this struggle is unnecessary because the "misguided" decision of Flast v. Cohen should be repudiated. 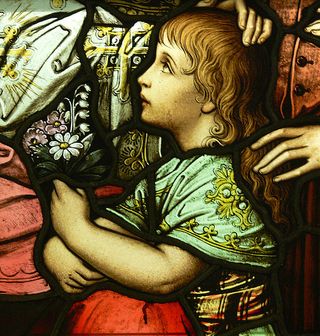 The Arizona provision at issue in Winn allows a tax credit for a contribution to school tuition organizations, STOs, many of which are religious.

Writing for the Court, Justice Kennedy quickly sets the tone by noting that the challengers "sought intervention from the Federal Judiciary."  In further description of the facts, Kennedy notes that while the challengers "may be right that Arizona’s STO tax credits have an estimated annual value of over $50 million," the Arizona Christian School Tuition Organization is also right that "the STO program might relieve the burden placed on Arizona’s public schools," and the "result could be an immediate and permanent cost savings for the State."

Even assuming the STO tax credit has an adverse effect on Arizona’s annual budget, problems would remain. To conclude there is a particular injury in fact would require speculation that Arizona lawmakers react to revenue shortfalls by increasing respondents’ tax liability.[citation omitted].  A finding of causationwould depend on the additional determination that any tax increase would be traceable to the STO tax credits, as distinct from other governmental expenditures or other tax benefits. Respondents have not established that an injunction against application of the STO tax credit would prompt Arizona legislators to “pass along the supposed increased revenue in the form of tax reductions.”

Thus, the injury must be economic, give that the "STO tax credit is not tantamount to a religious tax or to a tithe and does not visit the injury identified in Flast."

Kagan, writing for the four dissenting Justices, argues that there is little, if any, difference between appropriations and tax expenditures:  "Cash grants and targeted tax breaks are means of accomplishing the same government objective," and taxpayers who "oppose state aid of religion have equal reason to protest whether that aid flows from the one form of subsidy or the other."

Kagan criticizes the Court's opinion as offering a "road map —more truly, just a one-step instruction—to any government that wishes to insulate its financing of religious activity from legal challenge":

Structure the funding as a tax expenditure, and Flast will not stand in the way. No taxpayer will have standing to object. However blatantly the government may violate the Establishment Clause, taxpayers cannot gain access to the federal courts. And by ravaging Flast in this way, today’s decision damages one of this Nation’s defining constitutional commitments. “Congress shall make no law respecting an establishment of religion”—

Kennedy's Opinion for the Court ends by appealing to the prospect of a different type of damage and constitutional commitment: limited judicial power.

Few exercises of the judicial power are more likely to undermine public confidence in the neutrality and integrity of the Judiciary than one which casts the Court in the role of a Council of Revision, conferring on itself the power to invalidate laws at the behest of anyone who disagreeswith them. In an era of frequent litigation, class actions, sweeping injunctions with prospective effect, and continuing jurisdiction to enforce judicial remedies, courts mustbe more careful to insist on the formal rules of standing,not less so. Making the Article III standing inquiry all the more necessary are the significant implications of constitutional litigation, which can result in rules of wide applicability that are beyond Congress’ power to change. The present suit serves as an illustration of these principles. The fact that respondents are state taxpayers does not give them standing to challenge the subsidies that [Arizona statute] §43–1089 allegedly provides to religious STOs. To alter the rules of standing or weaken their requisite elements would be inconsistent with the case-or-controversy limitation on federal jurisdiction imposed by Article III.

So, this is much more Allen v. Wright than Flast v. Cohen in Kennedy, Roberts, and Alito's views?